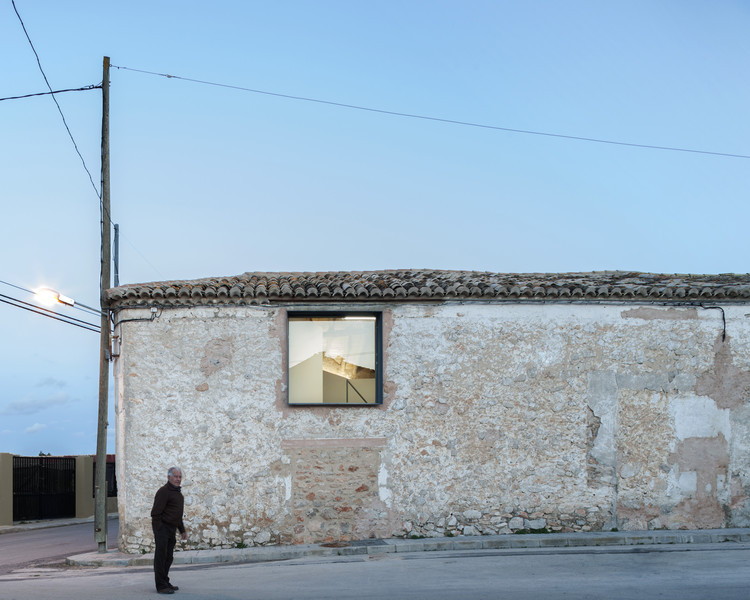 Text description by Ana Asensio. The "Dussart Pedrón Winery”, situated in the town of Los Pedrones, in Requena (Valencia), is the new space to come out of the rehabilitation of a familiar, old structure with numerous former lives.

The current space, of 156m2, was originally a barn, an elongated volume on one floor with a large patio attached. Later, it was converted into a storehouse, using the barn as a warehouse […] In the 60s, upon creation of the town cooperative, the winery stopped producing wine and converted itself into a warehouse. Today, its descendants have come from France, leaving their lives behind, in order to rescue the family winery which their great-grandfather began one day in the distant past. Simultaneously, they are also rescuing the production of wine which had been abandoned.

The intervention uses the passing of time like another construction material, without hiding the scars. In this ‘territory space’ the new installations have been placed, using easily identifiable materials of the times. The original structure has been revised, acting with each element in a personalised way. The roof has kept its original corrugated structure, upon which a water treatment system has been placed, tongue and groove wooden slats have replaced reeds and the tiles washed and put back in their original place. The north face, still showing the traces of its farmhouse past, has been kept this way, with its peeping gaps and cracks. On the lower level where the family began to produce wine over one hundred years ago, one finds the brick wall where the original stores were kept.

Upon this regenerative canvas the entirety of the new program is based, contained within three related spaces. At ground level, outlined by the entrance on the east side, one finds the original expansion dedicated to production, through which two other rooms can be accessed. These rooms are situated on two levels on the western nave: the basement, consisting of former concrete tanks has been converted into the wine cellar, taking advantage of its thermal inertia for the barrel ageing, whilst the first floor is used as the receiving area for the grapes; combining the restrooms and laboratory and a new opening which perforates the stone wall.

These levels have been redefined based on a reinforced concrete structure which consolidates and reinforces the construction, allowing for the new purpose. The stairs and lifts are situated in the middle, surrounding the principal pillar and creating a central area. The new walls are made of white plasterboard, which have been positioned like a perimeter wall surrounding the space, integrating the restrooms and making the surfaces washable for the appropriate functioning of the winery. In the space between these two elements one finds ‘mood lighting,’ which enhances the texture of the walls and the curves of the ceiling, but which simultaneously highlights the separation and distance.

This intervention represents a layer upon construction, just skimming the surface, like a reversible installation which at the same time provides a blank page from which to begin again. 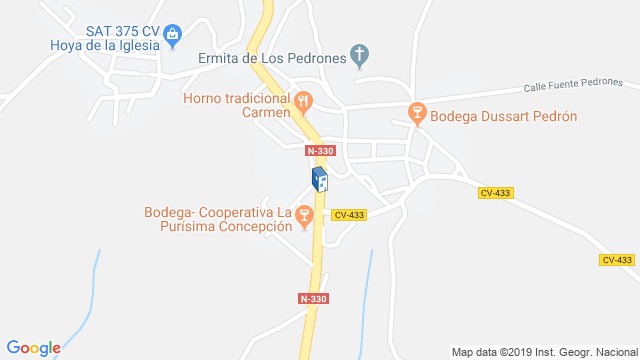 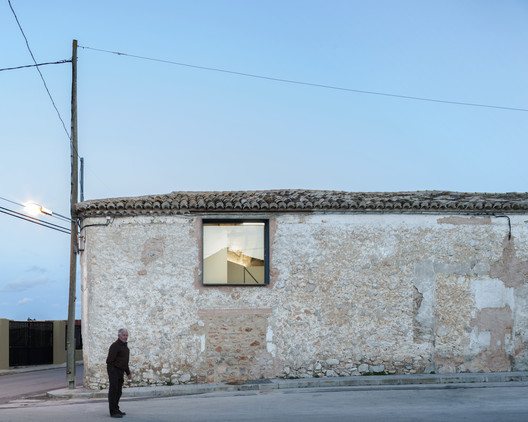