The Police Center Operative Headquarters by Spasoje Krunic is a building that technologically is way ahead of its time. It is an extravagant vision based on futuristic concepts and a sophisticated morphological and constructive technology, which combined, form a unity with distinctive aesthetical features. Owing to its construction and well-formed dynamics, the Operative Headquarters finds its place somewhere on the borderline between architecture and free design. The building is associated with new constructivism, a movement that has never been established in Serbian architecture, nor is it a current trend. Rather, it developed out of a specific set of structural requests imposed on the architect. 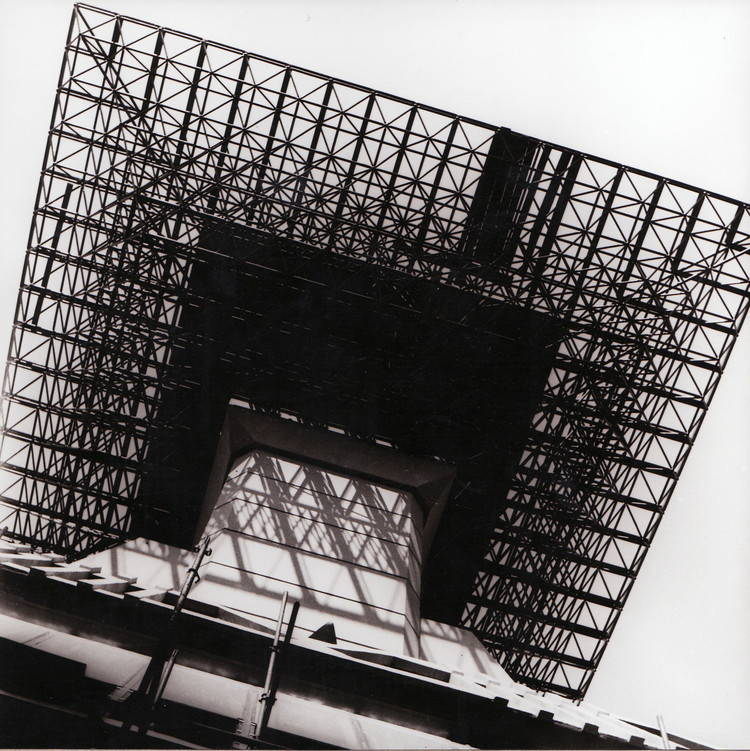 Krunic’s police station is the first institutional center ever to rely on a spatial steel construction as the structural basis of architectural expression. Its adopted lattice system includes three pairs of girders and, following the “MERO” system, forms a mesh-like grid. What is striking is that different fragments of the grid create different intersections, which reveal weight-bearing belts. This network of lattices, which ultimately consists of steel pipes and ball-type connecting elements, is what delivers spatial stability. The framework of the building is made of reinforced concrete and, from a constructional point of view, represents the building’s nucleus. However, from a functional perspective, the framework serves as a form of vertical communication.

Elements of the functional and conceptual structure include the main assembly hall, the foyer, the helicopter platform, but also a series of offices, which are all highly practical and can be easily accessed. Another modern feature of the Headquarters is its “Green roof”, suitable for urban farming purposes, with a 50cm layer of fertile soil. As a result of the building’s complex functions, it is equipped not only with the highly modern technological devices, but also with extreme acoustic and thermal insulation.

One of the most prominent figures in the realm of contemporary Serbian architecture, Professor Spasoje Krunic (born on October 23rd, 1939) is the creator of numerous realized buildings, a participant of many international exhibitions and the winner of both foreign and national competitions in the field of architecture and urban design.

Moreover, he is the author of the four patented constructing systems applicable to the construction of ground and multi-story buildings.

The works of Spasoje Krunic emerge from the framework characterized by the courses and fluctuations in Serbian architecture of the second half of the 20th century. Following the path created by the masters of the early modernist movement in Serbia, Krunic’s projects distinctly pay homage to these preceding principles.

However, the ties he maintains with the past are enriched with not only his own architectural style, but also the influence of the national identity, which, through his work, finds its place in broader contexts overcoming the national borders.

As the architect has stated himself, the source of his inspiration lies in reflecting on heritage, which is inevitably reminiscent of times past. Nevertheless, the key features of his style include avoiding banal mimicry of traditional Serbian elements, but, more importantly, striving to achieve a spontaneous organic connection with the given surroundings.

Such an explicit approach provokes the constant pursuit of new designs, technological improvements of the form with its hidden compositional essence, as well as the development of a hierarchical and layered architectural structure that, with its monumentality, represents an unbreakable unity with the surroundings. This attempt to visually integrate buildings with their inseparable context as a substantial aesthetical element is associated with the principal architectural idea.

The development of his artistic expression is characterized by an emphasis on the unity of form, which is one of the most significant categories for Spasoje Krunic and, regardless of how inventive and technologically enhanced its development may be, it is crucial that it remains clear, dominant and unified with the material and constructive essence. 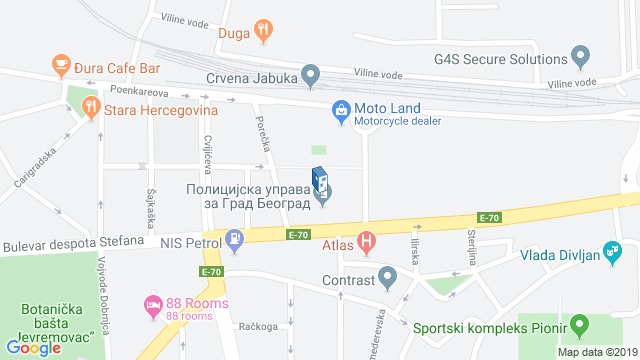 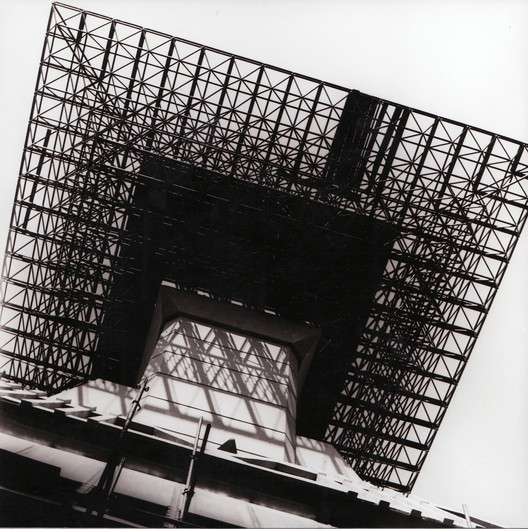