Text description provided by the architects. The Magdalena Building is located in the Colonia del Valle, Mexico City. Its urbanization occurred at the beginning of the twentieth century. The colony had a slow development until 1920, when the Avenida de los Insurgentes was enlarged and paved, and huge houses were built along it. By the 1960s, the area was already completely urbanized, where mansions inhabited by Spaniards who migrated to Mexico predominated.

Over time and due to the increase in the value of the properties, Colonia del Valle is in a process of reconversion of land use. Therefore, many houses have been replaced by residential buildings. In this particular case, there were two houses that were demolished and subsequently the land was merged to achieve a 485m2 plot.

Due to these changes, both in the use of the land and in the arrival of new generations, the ten-apartment building has different typologies which are not only differentiated in their architectural program but also in the formal result that is expressed in the concrete volume, organized with axes that start in the parking lot. This creates a grid that expresses very clearly both the construction system, based on stiff walls and concrete slabs, and their own use which consists of two simple apartments on the ground floor, five duplex apartments with double height terraces in the intermediate levels and three penthouses on the last level with private roof garden.

The facades of the building respond to both the context and its orientation within a plot with three facades. The north facade has small openings that allow ventilation, and avoid the views towards the narrowest street.

The south and east facades are open, not only because they capture the greatest amount of natural light in the interior of the apartments, but also because they have views of the avenues' trees. The terraced vegetation of the building seeks integration towards these trees and aims to expand the relationship with its context from the inside 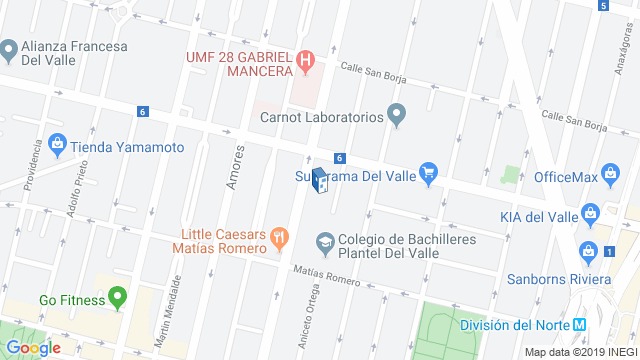 Location to be used only as a reference. It could indicate city/country but not exact address.
Share
Or
Copy
About this office
HERNANDEZDELAGARZA
Office
•••