Read more
Save
“It Was Important for Both of us to Come Back Home”: In Сonversation with Neri&Hu
Share
Or
Copy

Lyndon Neri (b. 1965, Philippines) graduated from Harvard and Rossana Hu (b. 1968, Taiwan) from Princeton; they met while pursuing their undergraduate degrees at the University of California at Berkeley. Before establishing Neri&Hu in 2004 in Shanghai, a prolific, multidisciplinary practice with over 100 international architects and designers, the husband-and-wife partners worked for a decade at Michael Graves & Associates in Princeton. Among their most recognized works are The Waterhouse at South Bund in Shanghai, The Walled – Tsingpu Yangzhou Retreat, and Suzhou Chapel. Apart from running an architectural practice and design studio the partners lead a retail store Design Republic and serve as creative directors of a furniture brand Stellar Works. The following is an excerpt from our candid conversation at their Shanghai office. 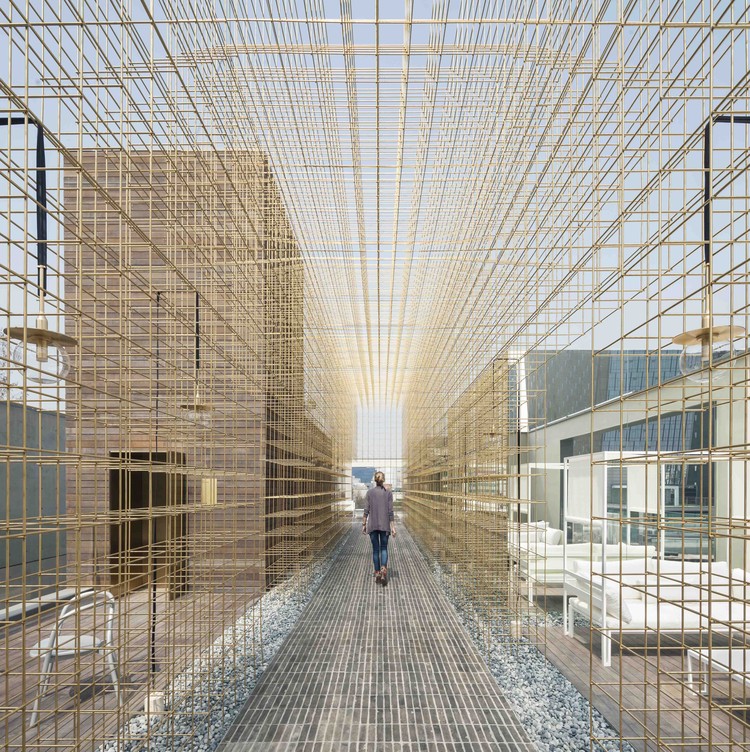 Vladimir Belogolovsky: You never studied architecture in China. Does this give you a different perspective from many leading contemporary architects here?

Lyndon Neri: For sure this makes us different from the mainstream.

VB: All leading independent, avant-garde architects here in China are Chinese-born, mainly educated at the top Chinese universities – either Tsinghua in Beijing or Tongji in Shanghai. They then continue their education typically in America. There are very few exceptions from this trend, right?

LN: We actually relate more to European architects. Partially because we have a similar tension and anxieties; where are we going to get our next work from? The Europeans can’t rely on their identity to get work. Many of them are not seen as Swiss, Portuguese, or Spanish architects. They want to be seen as good architects. We identify ourselves as diasporic Chinese and would often be seen as American architects in China, but I am not sure if we are truly American.

VB: I am surprised you say that because I am not sure there is such a thing as an American architect anymore. Look at so many leading architects – both in the past, such as Mies, Gropius, Neutra, Kahn, and Saarinen. To now, such as Diller, Gehry, Libeskind, Safdie, and Viñoly – they are all first-generation immigrants. You can’t group the Americans. They are very independent and individualistic, which is a healthy thing. It is very easy to group the Chinese. You are just about the only one in the leading pack here who stand out, right?

LN: I agree to a certain extent, but you are only talking about a small group of American architects that are very independent in their thinking. These small groups of architects are quite global and are extremely critical of their projects and thinking. Even the smaller practices like So-IL, Johnston Marklee, MOS, WorkAC to name a few are all quite global in their mindset. But I am not referring to them. I am talking about 95% of the architects and not the selected few. The construction industry in the US has standardized most things so it is hard to be different even if you want to. In terms of the Chinese architects, I am not sure if it is fair to generalize them as being all the same. China is a big country and someone like Liu Jiakun who practices in Chengdu deals with different issues from say someone like Zhang Ke of ZAO/standardarchitecture or Gong Dong of Vector Architects.

RH: You are talking about professional connection. But personally, it was important for both of us to come back home, even though we were not born here. It was important for me to come back to the city which my father has left. He has left and then I came back, so there was no break. And then our kids grew up here. So that personal history has translated into our architectural identity. Because isn’t personal identity always expressed in one’s architecture?

VB: I am actually having a hard time to detect personal identities in the work of Chinese architects. But now that you are back to China and have been leading a successful practice here for 15 years, do you identify yourselves more as Chinese or Americans, or more broadly as westerners?

LN: It is not just what we think, it is also about what we were told. Since as far as I can remember, my grandmother always told me, “You are Chinese, no matter what.” When you are in a foreign land you need to protect your Chinese-ness because your parents and grandparents are very afraid that you are going to lose it. Interestingly, some of the traditions that you may find in Chinese communication across the world are long gone in Mainland China. So being Chinese is very important. For example, when our kids went to America and tried to identify themselves as Americans it bothered me to the core. I would ask them, “Why are you acting so American?” So, who am I, really? [Laughs.]

RH: Personally, I can tell you that I identify myself as both Chinese and Taiwanese, more Chinese. And work-wise, I would say more Chinese and less international. Because here we are often seen as international and when we work abroad, we are identified as Chinese. So, we don’t really see ourselves as either Chinese or American. We want to be seen as contemporary architects without this cultural identity label. We are very independent.

LN: So, we just focus on doing good work and we don’t worry about our identity. When we started, we did not have any network so naturally, we are not part of a group, so we have no choice but be independent. When we did our Waterhouse at South Bund here in Shanghai everyone noticed and so many, both Chinese and international critics and architects wrote about it. They realized that we have a serious pedagogy behind our work; that’s what important. We addressed so many issues in this conversion of a 1930s Japanese army building into a boutique hotel – by exposing the building’s historical layers that evoke the archival quality of a museum. There is a play with such polar notions as old and new, privacy and publicness, comfort and discomfort. This project brought attention to many of our other projects on all scales.

VB: Lyndon, you said, "Have we really had breakthroughs in modern architecture? It's a period wherein people are somewhat lost, and in which we really have to be in search of ourselves, as architects." Were you talking about the current period and where do you begin this search? What inspires you?

LN: A few years ago, we started making conscious efforts to visit real masterpieces that we still haven’t been to. So, we visited Terragni’s buildings in Como, buildings by Le Corbusier and Louis Kahn in India, La Tourette in France, works by Geoffrey Bawa in Sri Lanka, the Parliament complex by Louis Kahn in Bangladesh, Lewrentz’s churches in Sweden, to name just a few.

RH: This was quite an experience and we both agree that these buildings are so much more profound than anything built since. We are talking about works by all our contemporaries.

VB: What do you think is missing?

LN: In those earlier projects we saw ideologies, deep thinking, real breakthroughs conceptually, spatially, structurally, materially. So, we were thinking – what can we compare that’s being built now to that? How far did we progress? Have we done any real breakthroughs as a profession? Nothing really happened in fifty years! We haven’t done anything new!

RH: All of us are just doing variations.

LN: But you are talking about a limited few.

VB: So, what’s next? You have a research component, great resources. What holds you?

RH: We are asking this question ourselves.

LN: I am not sure if this is within our power. I think clients, be it the government or the private sectors, have all the information they need but precisely because of this they are scared to go outside of what is accepted. We spend a lot of time persuading our clients.

VB: You said, “We absolutely hate projects that are purely decorative.” What kind of projects do you like?

LN: I think lately we are struggling with some of the projects because that’s what they have become – decorative. Unfortunately, that’s driven by some of our clients. But we try to design our projects holistically. One project that’s exemplary for us is Maison de Verre in Paris by Pierre Chareau. Is it architecture, interior design, furniture design?

VB: Is there a particular project built here in China over the last decade or so that you admire most, either by Chinese or foreign architects?

RH: If I must pick one such project it would be Wang Shu’s Ningbo Historic Museum built in 2008. There are moments about that building that are quite moving. And apart from architecture, what really moves me are the Chinese ancient gardens, particularly in Suzhou. The moments that the poetry of those gardens can offer are magical. I also love the fact that these places are anonymous; we don’t know who built them by name.

LN: Personally, I like many of Wang Shu’s explorations in The China Academy of Art in Xiangshan near Hangzhou.