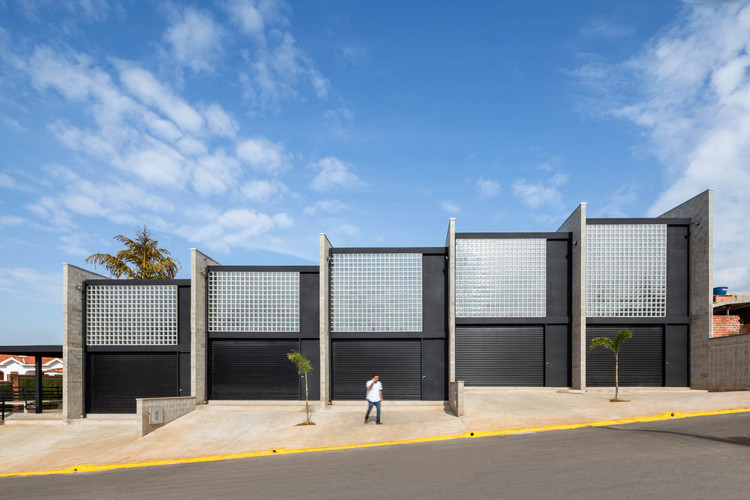 Text description provided by the architects. In a corner lot with slight slope and positioned perpendicularly to one of the most important routes of Cesário Lange’s downtown area, city near to the capital of São Paulo state, five warehouses were built in order to accommodate different types of service and commercial uses. The project had flexibility as an initial premise, mainly due to the uncertainty of the uses that the units of a little over than 90m² could host.

Initially, it was presumed that these warehouses would be occupied by uses as convenience store, carpentry shop or small repair shops, but it was not known how the city population would accept the set. So that this uncertainty would not restrict the selling of the spaces, the architectural project was the most comprehensive as possible, allowing a diverse range of uses and activities. Tied to that, it was considered, since the beginning, a low budget for the execution of the construction according to the client demand, who aimed a project of low investment with fast financial return.

Therefore, the project was elaborated with modulated structural plans in a way that the spans between them could be easily overcome without the need of complex structures, simplifying the roof and mezzanine slab supports. In order to highlight the structural design concept and reduce the construction cost, these plans were built with structural masonry of apparent concrete blocks. Among these elements, outstanding in the architectural composition, glass bricks and roll-up steel doors were placed in order to provide natural light and access without the need of frames.

Concerning the site design, a high square was planned in the corner space, facing the greater circulation route and the stream, connected to the first warehouse that has the potential for a singular use, since it is directly associated to the outdoor space and the sidewalk. The other warehouses have independent access through the adjacent street, of less urban relevance. After the construction was done, an interesting fact was noticed. Since the building stood out from the other buildings of the city, that has less than 20.000 citizens and devoid of buildings with similar features, the businesses that took over the spaces were bars and clothing stores, very different from the services initially considered. 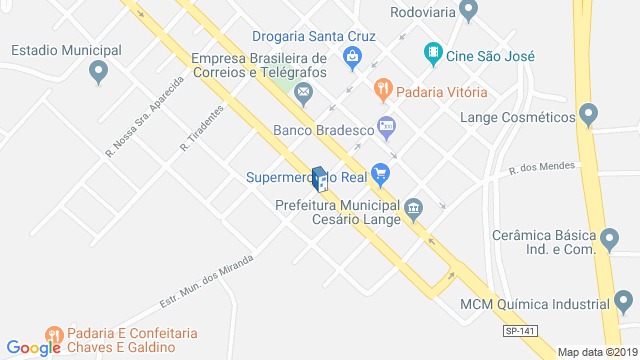 Location to be used only as a reference. It could indicate city/country but not exact address.
Share
Or
Copy
About this office
VAGA
Office
•••