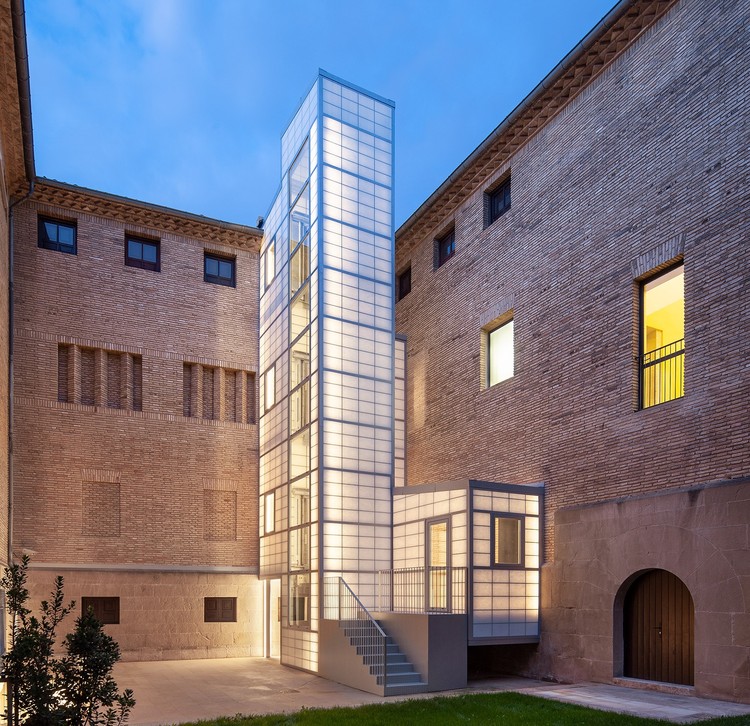 Text description provided by the architects. The Gustavo de Maeztu Museum is located in the palace of the Kings of Navarra of Estella, a prime example of the Romanesque civil architecture of Navarra that holds the declaration of Cultural Interest. The property is owned by the Government of Navarra, which rehabilitated it in 1991 as the headquarters of the Gustavo de Maeztu Museum and ceded its use to the City Council of Estella, which deals with management and operation of expenses.

The routes inside the museum were not adapted for people with disabilities, since when in 1991 when the works for its refurbishment as a museum were carried out, its vertical communication elements were maintained without including an elevator due to the notable difficulty for its implementation. The management of the museum had in recent years repeatedly expressed the problems that this meant for their visitors, given that it is a building of public use in which the exhibition halls are located on the upper floors, only be accessible by stairs.

The works carried out have not only tried to solve the accessibility of the museum but have also sought to incorporate its courtyard to the exhibition spaces and circulation, which until now hasn't been in use and has been inaccessible to visitors. The new translucent volume of the elevator, which emerges in the courtyard of the museum, dialogues in contrast to the solid brick facade in which it has intervened to integrate the connections with the various exhibition floors. The diachrony between the construction of the palace and the new installation is emphasized by the translucency of the envelope of panels on the facades and roofs that characterizes the built work. 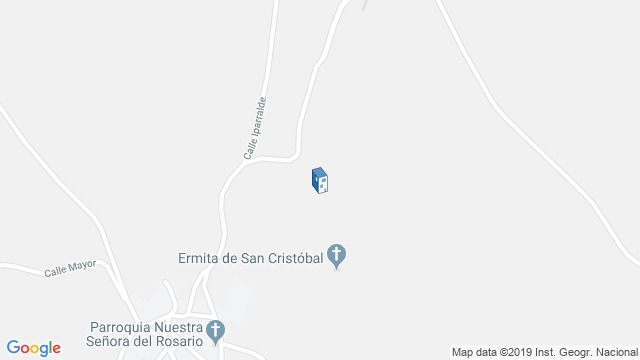 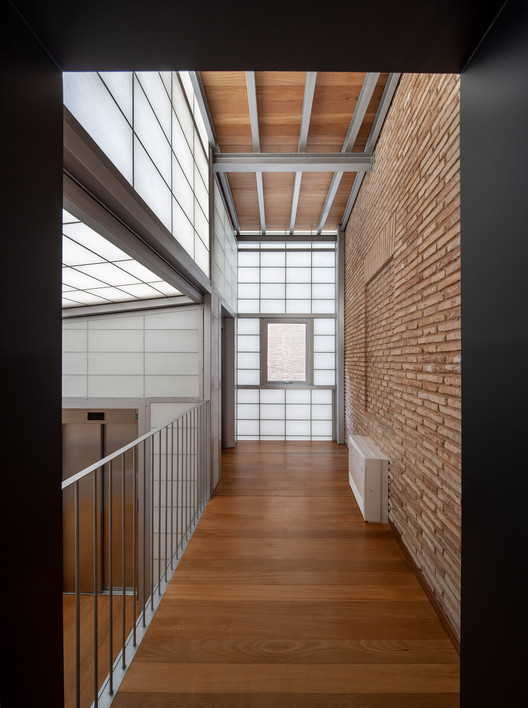