Text description provided by the architects. Andrea del Castagno's Last Supper, masterpiece of the Renaissance, has been created for more than 500 years. In this fresco, a huge white table cuts though the whole image horizontally, contracting against all the other colors in the fresco, with a strong modernity and abstractness. Jijia Village in Zhejiang Province, on the other side of the planet, has a stone paved square raised to hide the buildings behind.

Only the roofs laid between the square and the mountains beyond. Why the intelligent master of the western Renaissance and the unknown peasants of a Chinese village would have the same sense of spatial experience? Maybe because they had the same knowledge of orders-whether it was the order of the western cosmos or the order of the Chinese natural typology. Chen Xi Community Center shows up to the visitors with a similar gesture. The lowered eaves implies the hidden entry and the upraised roof points towards the distant mountains. The 25 meter span beam floats above the ground, just like Castagno's white table.

Although modest, the triangular site is quite complicate. On the north, the L shape government building stands 3 meters above the site. On the south, a diagonal ramp goes across the site together with some Z shape streets to shape the structure of the village. On the east there is a dead end road next to the local residents.

From the courtyard formed by the L shape government building, we hoped the roofs of the new building to keep out the disordered peasant houses across the street, while introducing the mountain views to the courtyard. From the south, we lifted the building to provide entry and parking space, while revealing the site spirit by contrasting the horizontal volume with the slope.

The east elevation is more closing to avoid interference. As a result, a triangle staircase is formalized in the center, with a James Turrell sky light guiding the visitors upwards. The triangle declares the center of the structure and the spirit of the village, connecting the building with the bigger structure of the village and the nature around.

The building has only three Y shape sheer walls to support the whole building. Space and circulation are organized along with this structure prototype, revealing the autonomy of the building. The huge spans of the concrete beams are provocative for the traditional construction method of the countryside, but also a natural solution from the natural typology at the same time.

During the process of design, we realized a miscalled "Chinese sensibility", but in fact "global sensibility" , was everywhere. For example, we wanted to raise the 25m beam to float so that to hint the column free space below. At the same time, we didn't want it to hide the distant mountains from the courtyard. We also hoped to lower the south part of the mass to engage the sloping street, but at the same time counted on it to shield the roofs of the peasant houses. Such design decisions are frustrated for us to make and rely on architects' "black box".

To avoid perceptional judgement is impossible and unwise, but we have to remind that such perception has its own order behind. On the other hand, it is dangerous to abandon architectural autonomy and rational logic. For architecture, as a modern engineering, has to coordinate with other disciplines like structure and mechanics. Maybe we should cease to discuss sensibility and rational order as different values , but approach them as an integrated entirety of architecture. Chen Xi community center had a attempt on this direction. 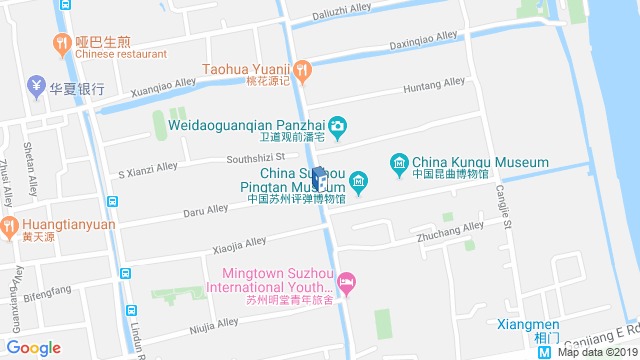 Location to be used only as a reference. It could indicate city/country but not exact address.
Share
Or
Copy
About this office
Group BE
Office
••• 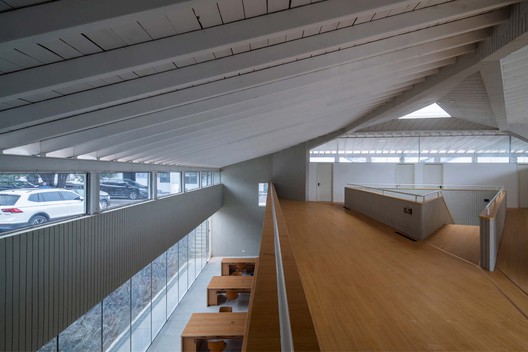