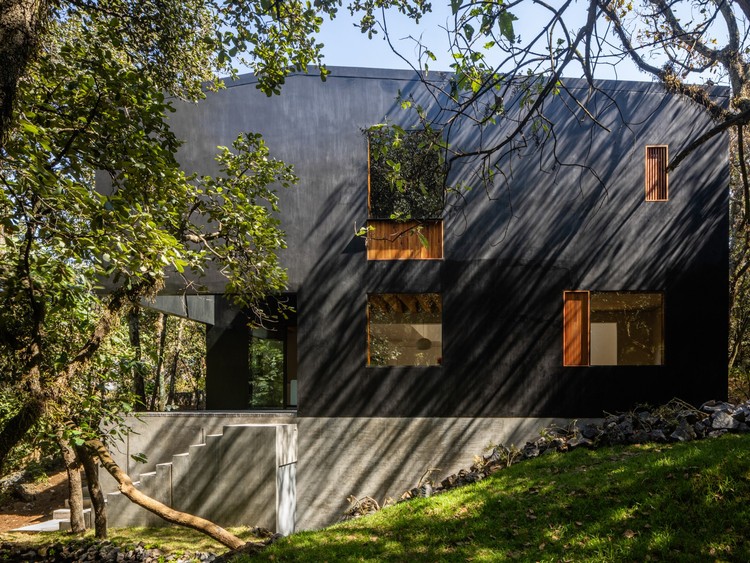 Text description provided by the architects. Tlalpuente project explores the relation of the house with its environment, as it is located in the middle of a forest known as Tlalpuente, in southern Mexico City. It has a 360º view of the surroundings and no neighbors.

The architectural concept addresses the idea of an open plan over a basement on natural terrain. This was traduced in an intersection of basic geometry and a structural intersection that defines the spaces of the house.

This grid resulted in three main voids: each has a particular purpose that complements the interior space, views and terraces. Finally, it establishes a dialogue between the natural scenery surrounding the house and its structure.