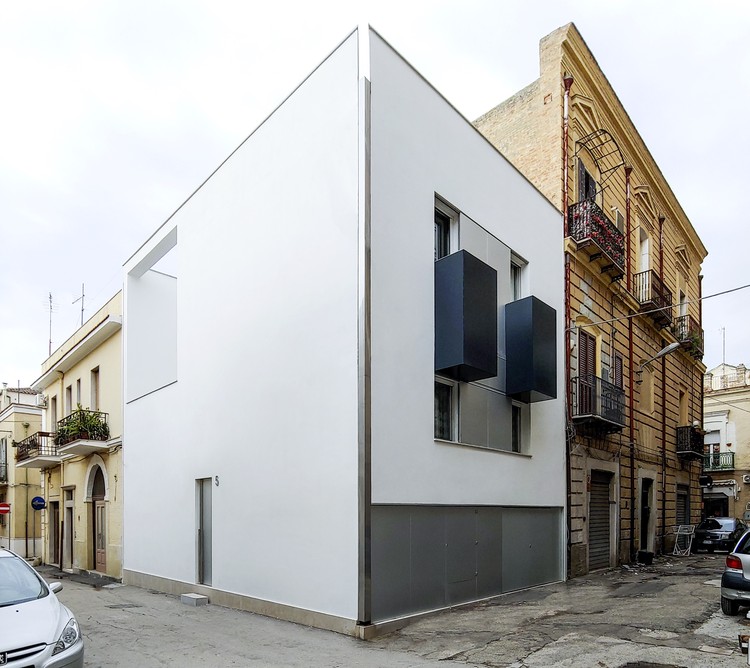 Text description provided by the architects. San Severo is a small town near Foggia. The historic city centre is chacterized by  two-storey and three-storey buildings. There are also tall edifices and depositories. This architectures have facades realized with bricks or white plaster. Many of this buildings are covered   with Apricena’s stone in the low part. Usually they are closed by a flat roof or by a pitched roof, not very sloped. The part that comes out of the roof  is always restricted according to the mediterranean house tipology. “Casa d’angolo” was born in this contest. A building based on a rectangular plan and realized starting from an old storage.

The idea of this  introverted house starts from the necessity of blocking the view of the interior space from the pubblic street. The solid block of the new building, located in the corner, it counteres the adjacent facades. In this house the windows are projected on the small patio. The building is developed on four levels: the basement is used as garage; in the raised ground floor there are living and a kitchen; in  the first floor there are  three rooms; and  the second floor contains a little space linked to the ample terrace.

All the walls are white, interrupted by few element:  four breaks and two balconies on the lateral street. On the same facade, a strip of anodized aluminium  is the basament of the new volume. In the basament  there are the  door , that is the access to the garage, and the small door that hides  the counter. The corner of the house is like a cut between the two facades. It is an element that divide the volume and at   it becames empty at level of the terrace. A fissure from which you can see the sky. 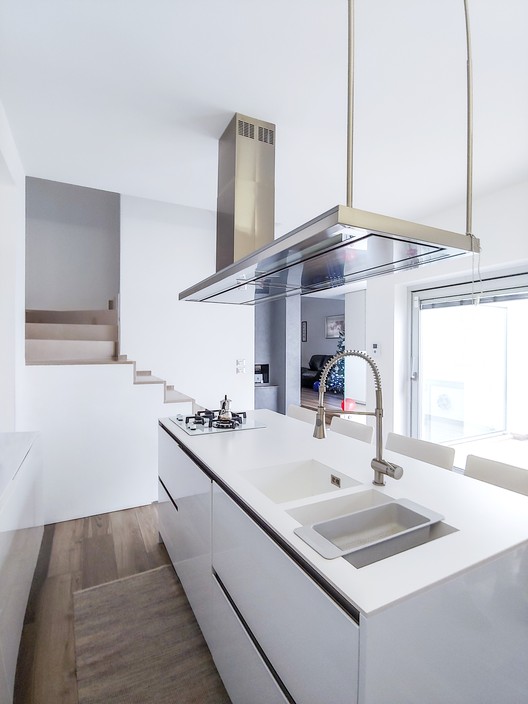