Seoul is considered one of the most densely-populated and over-priced cities in the world, reaching a staggering $ 80,000 per square meter. The extreme conditions of the city have forced local architects to operate, design, and build framing the city's urban issues, traditions, and history. This approach by architects has created the the theoretical basis of “The Condition of Seoul Architecture”, a publication by multidisciplinary practice TCA Think Tank which sees the point of view of 18 innovative South Korean architects. In this interview, Pier Alessio Rizzardi, founder of the practice, interviewed whimsical architect Moon Hoon, explaining his unique take on architecture and how his work has the ability to inspire people into another dimension. 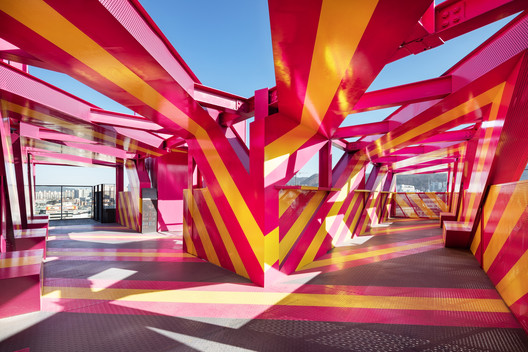