Under the theme of “Science, Innovation, Art, and Creativity for Human Development. Creative Industries in Digital Convergence”, Buenos Aires will host the Expo 2023. Pablo Pschepiurca, Rodrigo Grassi, María Hojman, and Karla Montauti won the first prize in an international competition to create a bridge and a boulevard for the occasion. 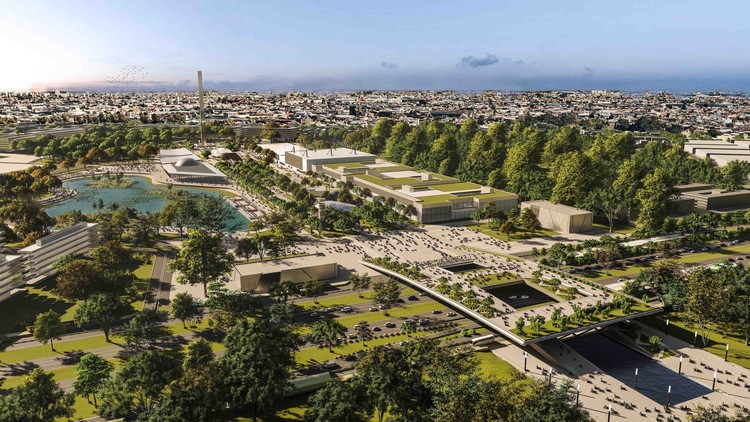 Located on the border between the province and the city of Buenos Aires, the Expo 2023 will be on a crossroads, between 2 social realities. The winning proposal showcases “an Integral System of Metropolitan Parks”, a network that will link the pedestrian bridge and the Innovation Boulevard for Expo 2023, where the main activities are concentrated, to its own ecological reserve. In fact, this will allow the revitalization of the degraded sector of the city and the creation of a continual atmosphere between the capital and the province through a public landscape.

Regarding the pedestrian bridge, the architects state that it “establishes an urban symbol of the link between the City and the Province of Buenos Aires, […] Conceptually it is two pieces embedded in the form of C. Perceptually there is a displacement of the Province towards the City and the City in the Province. And in the center, the physical and symbolic integration of both occurs.”

In the Legacy Stage, it is proposed to consolidate a large Biodiversity Park - Campus of Creativity, whose scale will turn it into a new metropolitan green lung, making it the great natural legacy of Expo 2023. We propose the concept of Biome as a definition of plant typologies, scales, textures that apply to each unit or sector determined by the urban integration proposal. Reintroduction of species of beneficial flora and fauna as a practice of environmental rehabilitation

On the other hand, the boulevard of innovation includes public squares with different themes, grouped permanent functions and dispersed ephemeral programs. This sequential landscape of squares will integrate the various "biomes" of the world. Each country will have its own landscape contribution to the International Exhibition with elements from its own culture and tradition. 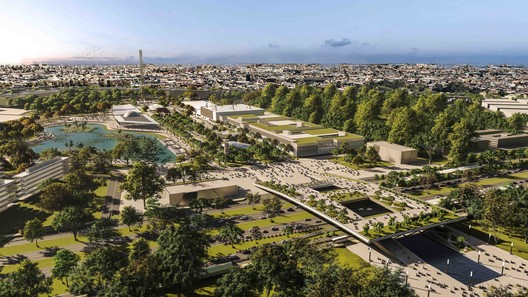