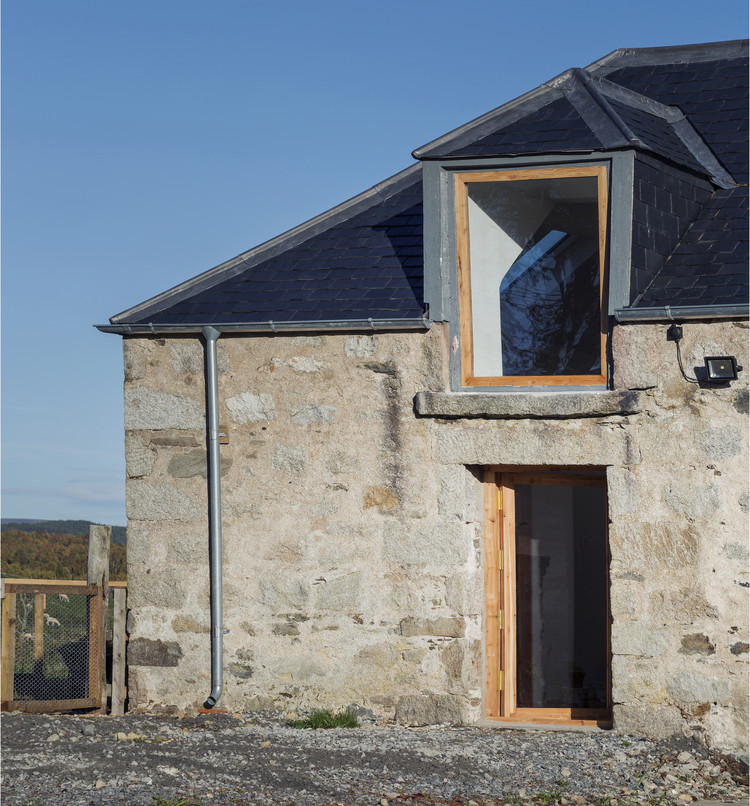 Text description provided by the architects. This project involves the conversion of an existing agricultural building, into a painter’s residence, in the Scottish Highlands. The former agricultural store is located beside the Spey River, on the outskirts of the town of Aviemore and one of the most sparsely populated regions in Europe The ‘Pityoulish’ estate, on which the building is sited includes similar agricultural buildings, individual residences, temporary shelters for walkers and fisherman, as well as larges areas of forest and arable land. Around 200 years old, the building is constructed of solid masonry, and through movement and the erosion of structural elements, was a product of its environments harsh extremes.

Brief. The client and owner of the estate provided a brief that had two principal criteria. The first was to stabilize the building, through the repair and replacement of its primary elements, and the introduction of insulation and utilities. The second was to convert the barn into a studio, not only for personal use but also as the potential base for a residency program. In doing so their aim was to illustrate how buildings of this sort (of which there are many examples locally, often unused and abandoned) can be adapted and utilized in order to avoid them falling into disrepair, whilst providing an unfamiliar use of the space that could potentially serve the local community, culturally.

The building. The works themselves were split into two main phases. Given the limited budget, the primary task involved replacing and insulating the building’ roof and floor in order to provide robust, insulated cover and a base from which internal works could then take place on a more incremental basis, as prescribed by the funds available at the time, and in the future, were they to become available. The decision was therefore taken to split the space into two internal areas; a general store that would for the same function as the original barn as well as providing ancillary storage for the adjoining space and would feature minimal internal works, and an adjoining studio, with direct internal access between the two.

Within the studio space, all internal floors and partitions were removed. In their place, a double-height volume provides the main studio space, served by newly introduced roof lights that offer natural light, that compliments additional gallery lighting. Overlooking this volume is a mezzanine in which a bedroom is located, with a small kitchen and bathroom located beneath. More generally, all internal walls and ceilings were lined so as to allow for the hanging of works in the future, both by the owner and possible future residents. 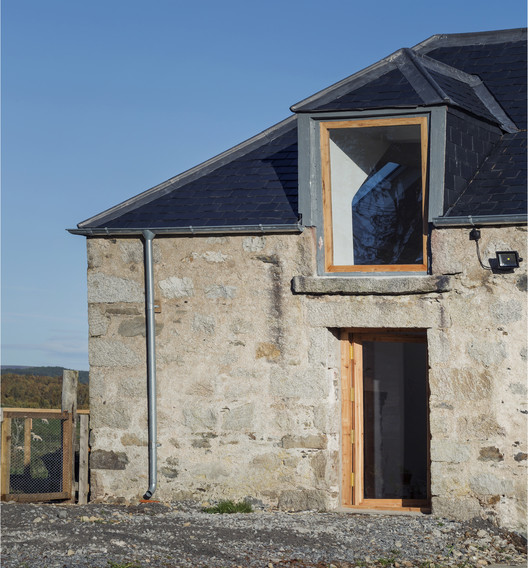