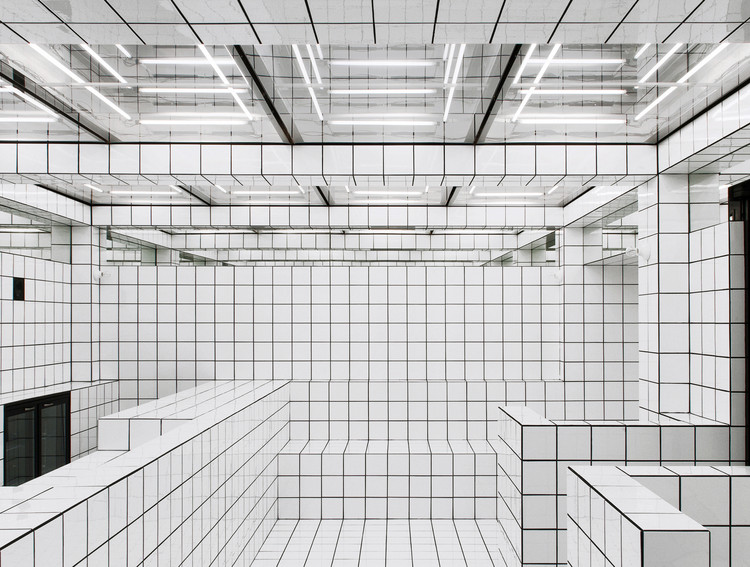 Text description provided by the architects. It all began when four artists from Austria and Germany at a Los Angeles artists’ residency decided to reconstruct Adolf Loos’ famous American Bar. Because they realized that the classic, elegant bar, a significant example of Austrian modernism, would fit perfectly into their backyard studio – just on a slightly smaller scale.

With modest financial resources, mahogany became cardboard, glass became mosquito mesh, and rather than signature cocktails, everything was served simply “on the rocks”.

Even in this DIY version, the Viennese charm of the iconic original asserted itself, and before long the LA art scene was drinking and sweating between the pressboard walls. Two years later, the bar was rebuilt in the basement of an art space in Brussels using only reeds to create the interior.

And now the suspiciously Loos-like façade of a former record store in Vienna’s 10th district generated the idea to resurrect the bar a third time. The LAX BAR is a walk-in art installation characterized by a methodical play wile and material. As a copy, it is deliberately flawed and visually alienated, while being geographically closer to the original than ever before.

On some evenings, the LAX BAR is also a performative happening, with a series of artistic guest appearances. And when one Friday determines the one after, one thing is certain: it is also a pretty good bar. 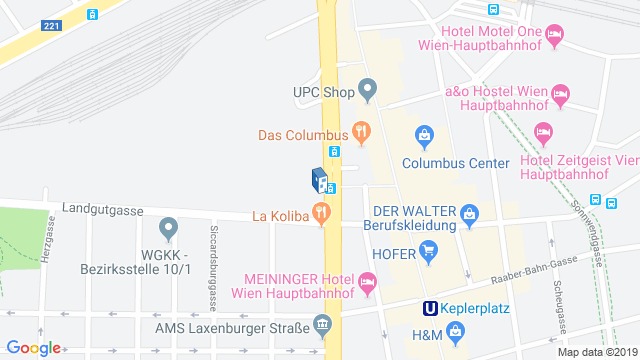 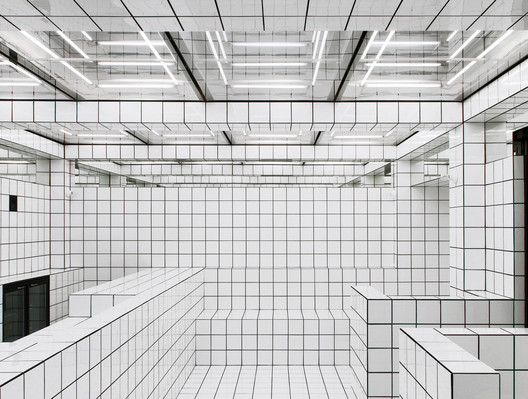 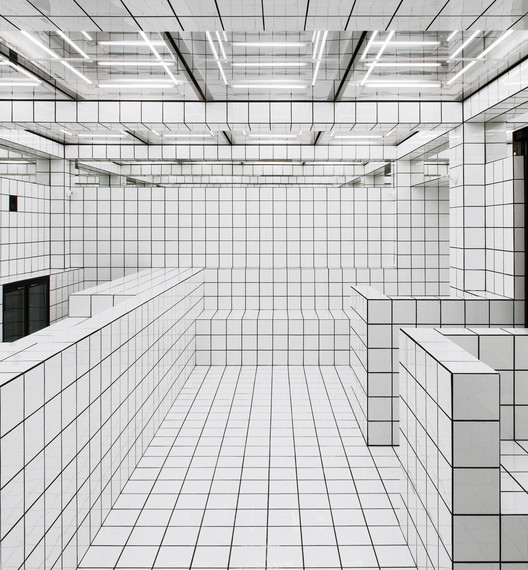 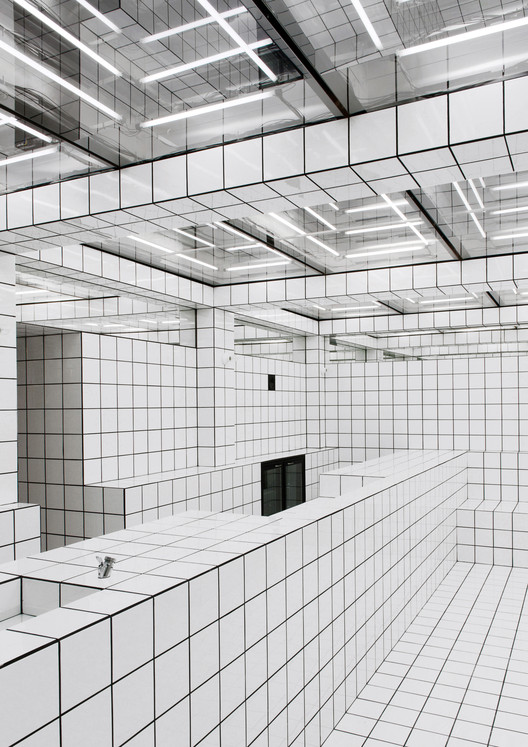