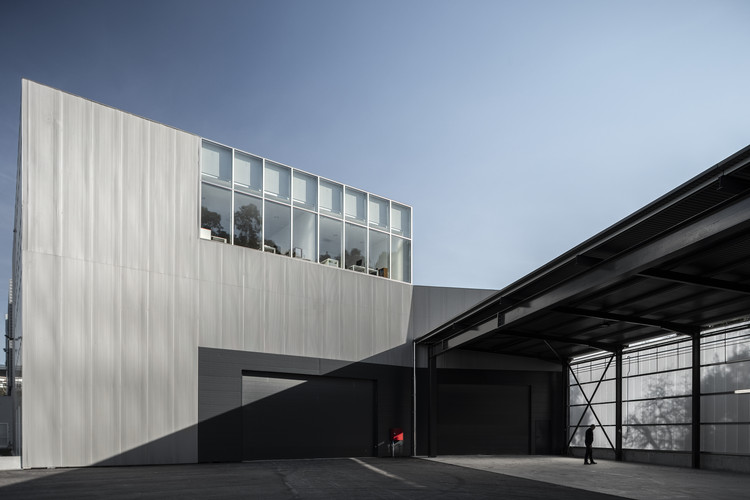 Text description provided by the architects. Architectural Project to increase the headquarters building of PRF - Gás, Tecnologia e Construção, S.A. which arises from the need to expand its administrative, warehouse and workshop areas.

The proposal considers the restructuring of the existing building, built in 2001. The building has the same functions, distributed in three floors. For the construction of the new building, right next to the first one, the existing functions have been extended by floor: workshops on the ground floor, storehouse on the middle floor and offices on the upper floor.

The program was complemented with a Control Room on the middle floor and with a Canteen on the ground floor, with access to the terrace. On the top floor, a patio was created to connect the two buildings and allow the natural light on the interior spaces.

The new building, despite the difference of architectonic language, which gives it autonomy, has the same volume and height of the existing building, seeking balance relations between the two volumes.

Exterior coating solutions – metal plate and a lightweight facade system, semi-covert in aluminum - gave a clearer expression of the new volume and the relationship between full and empty elements.

A protection cover was designed to the loading and unloading bay, in the connection between the new volume and a contiguous warehouse; this coverage has, on one side, a metal gantry with a span of free 28 meters.

The interiors of the offices - new and existing – have been unified in their coatings, lighting, design and materials of the spans, prolonging and giving continuity to the spaces.

It is noteworthy that the realization of this project, made 15 years after the project that Impare Arquitectura developed for the interiors of the offices of the existing building was, thanks to the great involvement and complicity of the client in the whole process, very gratifying, being also a sign of the trust placed in our services. 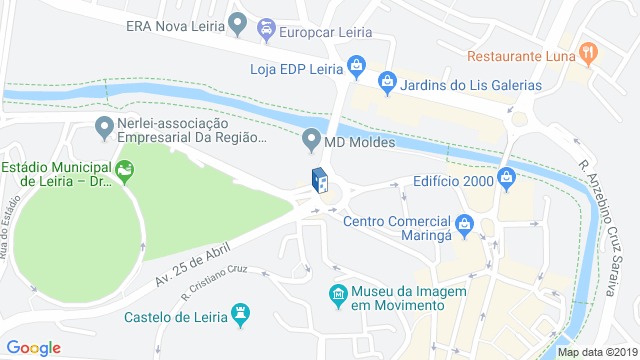