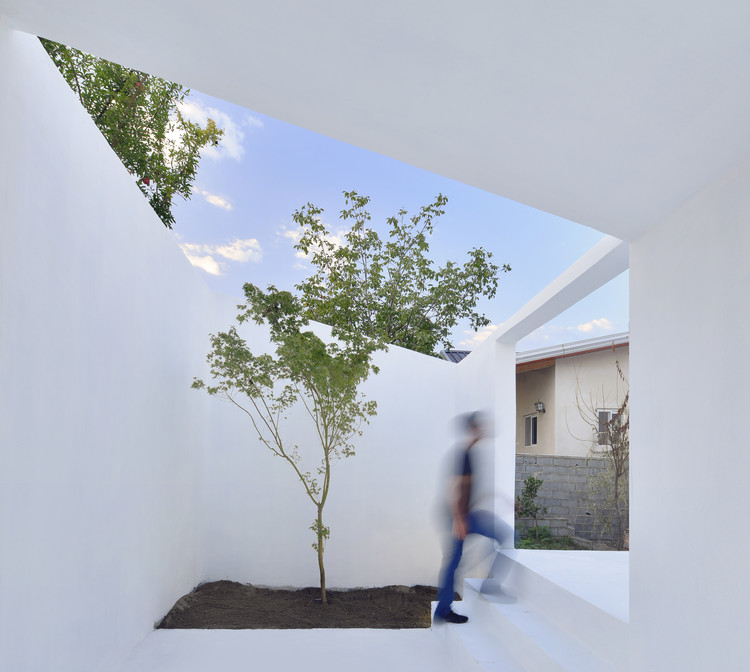 Text description provided by the architects. Due to diverse tourism potentials and proximity to the metropolis of Tehran, the northern regions of Iran, host a large number of non- indigenous cultures and temporary domestic tourists every year.

These cities experience different social diversities on weekends, and a large number of villa houses built for this purpose are not in harmony with the vernacular architecture and become a rival for the local patterns. In the context of these areas, there is no definite background or identity, and the immigrant's preferences have had a great influence on their formation.

The client of this project had migrated to Tehran from a region with an introvert and traditional culture at a young age and had a traditional tendency. He bought two adjacent pieces of land in the village and decided to combine the two and build a villa at the center.

The introverted mental background of the client in opposition to the extrovert context of the northern regions of the country was the main challenge.

The combination of these two created a paradoxical concept. We wanted the villa to express itself as a representative of the climatic and social pattern of its extrovert context, and simultaneously to comply with the needs of its traditional introvert residents.

Therefore, this contradiction became the main theme of our design. In addition, we faced the client’s weak financial status as another major challenge. By putting these layers together, the decision-making process began, and we eventually decided to provide a pattern for this family that at the same time showcased both introvert and extrovert characteristics and was completely isolated from its neighboring villas.

Based on this pattern and client’s low budget, we proposed that the villa be built on one of the two pieces of land and the other be sold if any financial constraint came up during the process.

Eventually, the strategy of the project was to create a relatively closed and visually limited villa on one piece of land and turn the other piece into a garden that leads a part of the project to its center (the extension of the villa), and creates a semi-open space for outdoor activities enclosed from neighbor’s view to the yard without use of high walls based on the client’s request. In this project, we tried to create a pattern based on both the client’s lifestyle and limited budget.

Local Village Opportunities: The main limitations we faced during this project were the lack of local professional construction workers. the cheapest and most efficient materials were cement and concrete which the local workers were quite familiar with.

We considered a spatial morphology that did not impose a large additional cost on the project using a simple masonry wall as a cheap and affordable element to simultaneously shape the outer volume and the interior spaces. 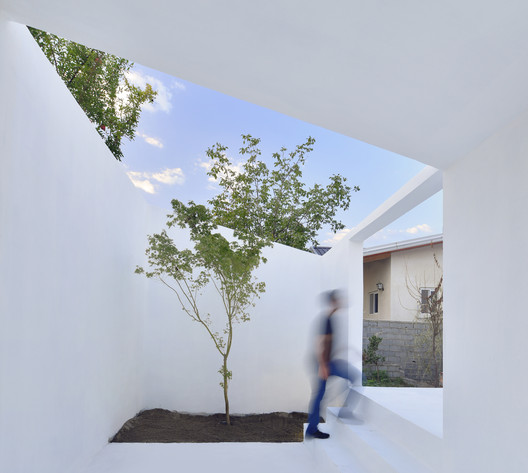