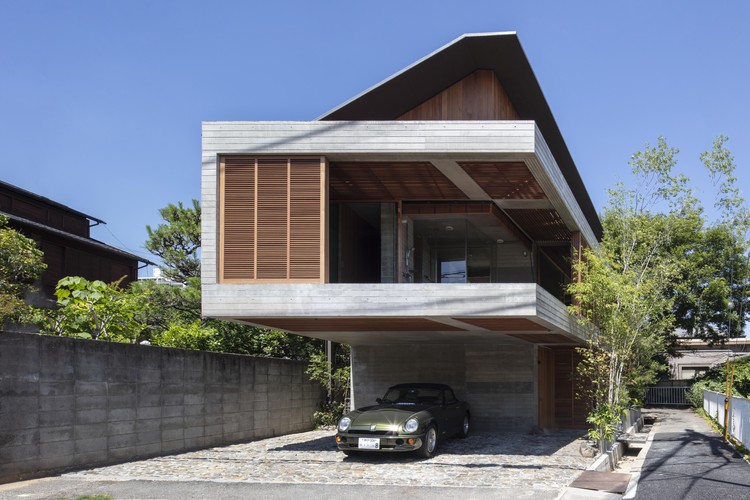 Text description provided by the architects. This small residential project is located near Frank Lloyd Wright’s Yamamura residence in Hyogo pref. Japan. The house sits in between two rivers enabling the house free from using any air conditioning equipment by letting the river breeze into the house. This is made possible by planning a neutral zone between the interior and exterior perimeter covered with louver sliding doors. These louver sliding doors control light, wind and the privacy of the house by moving them according to the daily weather or the time of the day.

Reinforced concrete structure was chosen for this house in order to give a strong massive image of the main frame with slight sensitivity and a contrast with the wooden sliding doors. Cantilevered thin concrete frame enabled the architect to make wide openings all around the house, which led to making a strong connection between the house and the surroundings.

This connection with the surroundings was planned from the beginning when the architect first visited the site and saw that the site was opened to all three sides of the site leaving just north side adjacent to a neighbor house. The house is made very simple by using concrete (structure) and wood (non structural walls and doors) for the finishing material in order to emphasize the concept.

The trees that surround all three sides of the site was also planned from the beginning to serve as a green belt for the pedestrians as well as for the owner of the house. They also serve as a garden for the house since the site is too small to make a decent garden. 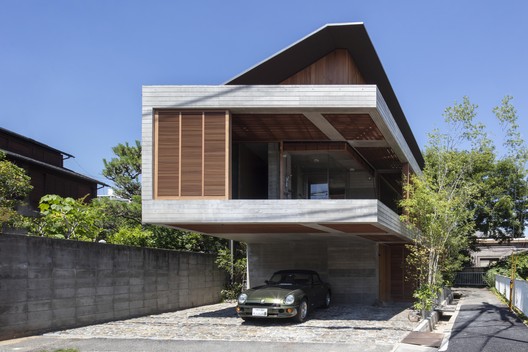