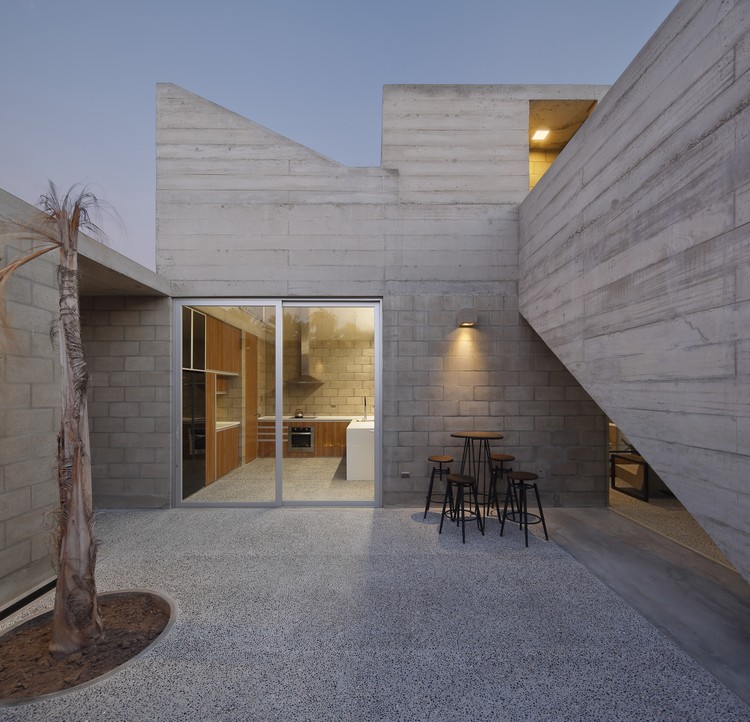 Text description provided by the architects. This house, located in front of the bay of Paracas, arises from the emptiness generated by the location of the program inside a lot; the venues welcome a series of experiences in daily activities and their relationships take place outside the sky and the sea.

The natural surface of the bay floods its materiality: its roughness is the manifestation of living in front of the sea and its spaces are revealed fragmented and concatenated from the vacuum of light and in its relation of figure and background. The architecture of this house is austere and spatial, articulated from an orthogonal and imbricated line in relation to the lot.

The interior space of the house is, in turn, the outer space and the prolongation of the look accompanies, from the route, the perspective of the daily experience. Palladio said that a house is like cities where you can see its streets and some urban hierarchies, where paths and spaces have inserted that place us in relation to the whole.

This house is assisted by the warmth of the desert to inhabit the courtyards and generate streets in its interior from which the reality of Paracas is built, the sky is framed and the passage of time in the silence of its enclosures.

Another theme that explores the house is the discontinuity in the experience of space so denied by modern architecture and rather we generate exterior continuities where the enclosures shelter the interior from a prehispanic key, thus safeguarding the scale of the domestic experience in front of the sea.