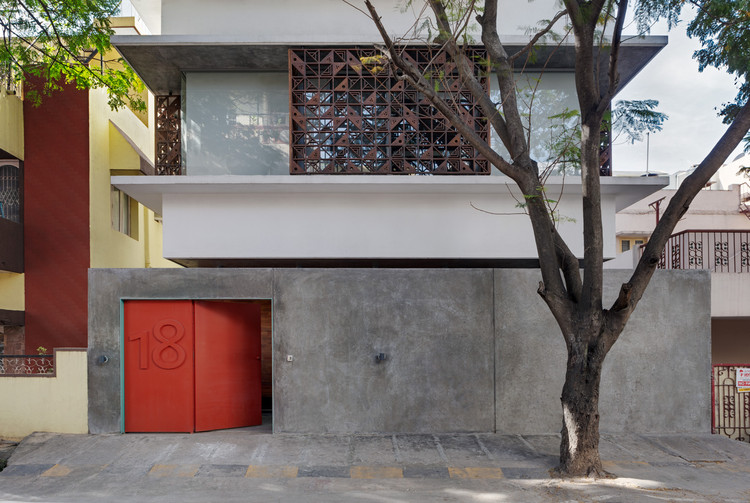 Text description provided by the architects. The design of the architectural studios of Khosla Associates and the graphic Design studios of tsk Design was a collaborative process between both studios. The constraints of a tight plot of land had us think primarily in terms of maximizing efficiency while still maintaining a feeling of openness and light.

The column free floor plates on each of the 3 floors were worked around a shuttered concrete lift and staircase core. Additionally each of the floors had peripheral upturn beams at sill level, allowing the windows to extend all the way to the roof slab. We gained a significant feeling of space and light with this simple move.

An exterior 2ft Wrap-around overhang shelters the windows from sun and rain on each level. We devised a system of wooden box jaali screens to protect the openable windows. The pattern of the jaali was derived from the whimsical “DashDashDot” series of Terrazzo tiles that Sandeep and Tania designed for Bharat Floorings, also used as an arresting vertical backdrop for the studio reception. The wooden jaalis provide for daylight filtering during the day, screen certain undesirable views, allow for cross ventilation, provide a layer of security to the building while providing playful patterns in the interior space through the day.

Spaces were carved into the building to foster creativity, and to promote collaboration between the designers. The highlight feature is a lightweight powder blue steel and timber staircase which runs like a vertical spine through the triple height volume of the studio. The dramatic volume is bathed through the day in natural light. The environmental graphics that climb vertically along one of the staircase walls were conceived to amplify and celebrate the staircase, making the landings, spaces for encounters, a spot to have a conversation, pause and continue your manic day.

The Eames crow was a point of influence and Tania’s starting point as she imagined it flying through Indian landscapes, perching on a cow or pecking on a marigold.  Artist Jeeva put a wonderful team together who created these massive stencil cut outs on vinyl and then hand drew and painted on the slatted, concrete surfaces to a delightful effect.

The materiality of the studio is textural while staying fairly monochromatic. There is a combination of brick walls and Kerala roofing tiles painted white, form finished concrete, screed cement flooring and patterned terrazzo. Pops of colour in the environmental graphics and loose furniture as well as cabinetry in light oak add contrast and warmth to the pared down shell. Particularly delightful is the graphic console unit at the reception entrance that was designed by Sandeep and Tania.

The studio is peppered with some mid-century furniture pieces picked up at a garage sale when a 1950’s Bangalore house was being demolished. These pieces were lovingly restored to their original condition. Adding to this were other customized pieces, eclectic accessories, and a plethora of samples and prototypes reflecting the sensibility and ethos of both the design studios. 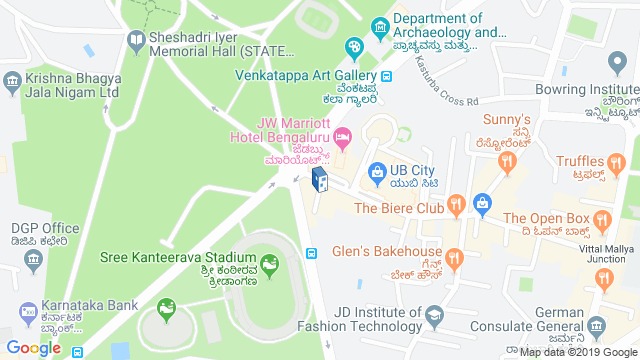 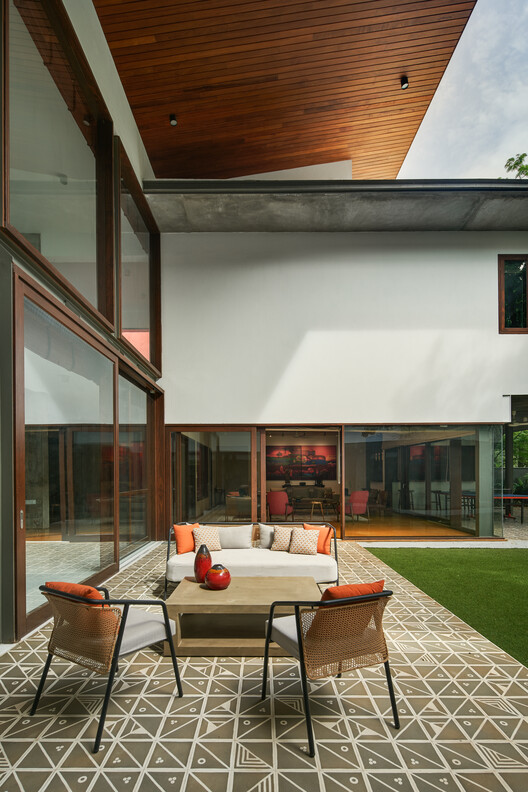 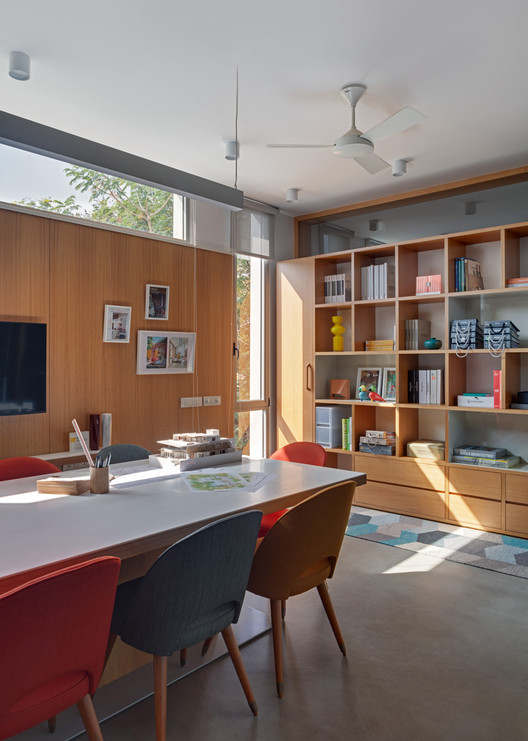 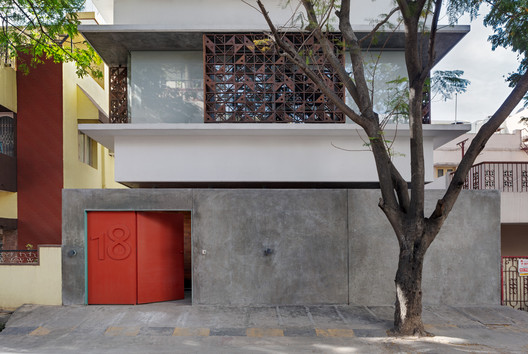