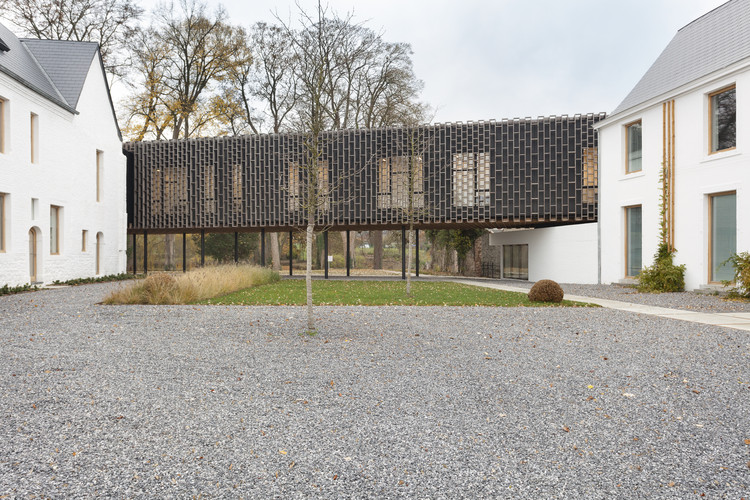 Text description provided by the architects. Transformation of the Winson castle into a town hall, cultural center, and offices for the CPAS. The communal services, the CPAS (a social center) and the Cultural Center were split among different buildings in Fosses-la-Ville. The communal administration, however, was recently given the chance to buy the Winson Castle - a remarkable 17th-century mansion - and consequently decided to open a competition, in 2012, with the intention of unifying the three institutions above.

The primary function of a castle is defense against outside threats; that of a public building is to be open to the citizens. The transformation of a castle into a community center thus consists in opening its surrounding walls and connecting its outside area to the public space. From a symbolic point of view, it is a question of returning to the community what previously belonged to one person or family. The insertion of a transverse pedestrian distribution in-site thus totally modifies the functioning logic: the entrance now turns to the city, and the discovery of the site zeroes indirectly on the park.

The newly implemented axis takes the shape, sometimes of a patio, sometimes of an indoor distribution, and a floating volume at once. At first only barely noticeable when entering the site, this wooden-coated mass rises on thin steel columns to reach the pond. The permeability of the landscape between the former ceremonial entrance and the park is maximized by this aerial volume.

The entrance to the site is made through the corner of the nearest belt wall of the city: a punctual breakthrough that respects the understanding of the strong element that is the belt-wall. Access to services is indicated by a bay surrounded by a Corten steel frame, interrupting the blind whitewashed wall composed by the old volume’s gables.

From an energy point of view, solar gains are also managed by wooden solar protection that covers the entire volume placed on piles. This is an original work done with the artist Patrick Everaert. A wood mesh, which frame evolves according to the necessary sun exposure of the interior spaces, unfolds in front of the windows. More than just modifying the insolation, they animate the fishnet and further lighten the volume by dematerializing it. 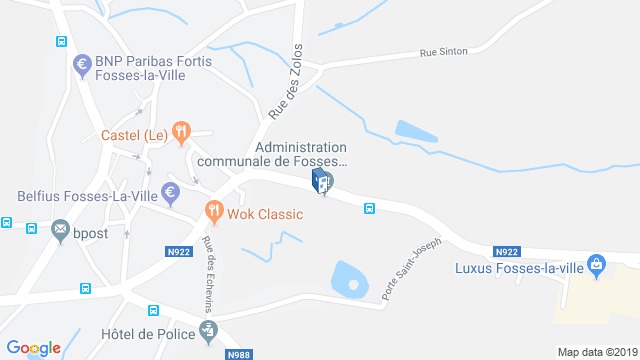