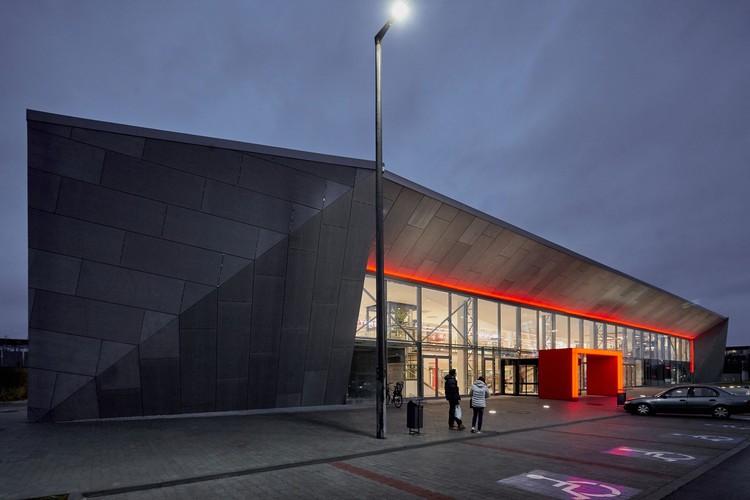 Text description provided by the architects. The new façade feature is one great gesture that grabs the attention from large distance, and becomes interesting coming closer in a different scale. It is shaped in a similar way as the natural openings of the caves “Szelim” located in the mountains facing the city. The Tatabánya INTERSPAR refurbished in a record time, the new façade element has to serve two functions on two levels.

It’s a dynamic feature relevant to other recent SPARs, seen from the busy motorway from a distance, and it comes alive, hip and cool, touchable, as one gets closer to the building by walking. The façade itself works as a canopy that protects costumers from rain and sun, and also as an inviting framework, setting the image of the interior that is completely seen through the glass façade from outside, especially in the evenings.

We chose Linea from Equitone to clad the object, as it has its minor grooves, so the whole element comes alive in the changing angle of sun, and also adds a rustic feel, that is a nice contrast to the original modern volume.

In the interior “pathway” we added lamellas hanging in different heights, so they start low where the customer enters, and grows high in the both ends to lead you among your way. We shaped them in relevance with the style of the new façade feature. It becomes open in the interior thanks to the skylight windows, filling up the space with sunlight - just as the caves with their crashed ceilings in the neighbouring hills. 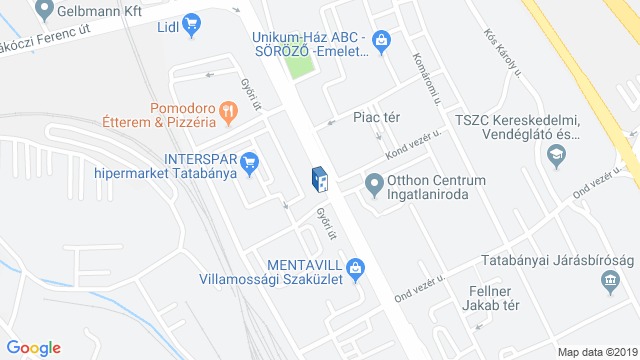 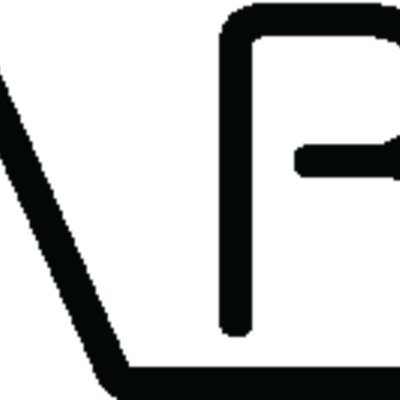