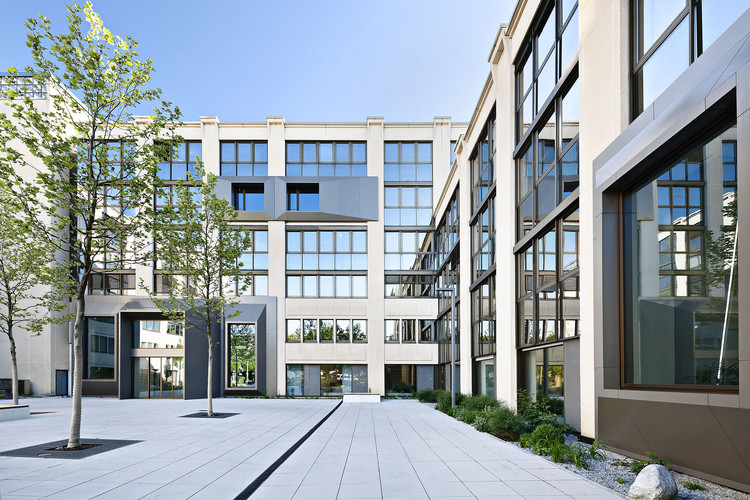 PEAK – a combination of new and existing architecture. Architecture faces a challenge nowadays, rare building sites, outdated structures and the necessity to act ecological and economical.

PEAK´s architectural redesign and the conceptual idea result from the necessity to revitalise an empty office building. The object, located in Munich-Neuperlach and built in the 1990s, was adequate to its functions and the former tenants not an architectural highlight.

After years of vacancy there was only an abandoned and depressing setting. The new design consciously avoids copying the existing architecture. The facade elements, the landscape architecture and the expressive design of the lobbies represent stylistic inconsistency corresponding as a whole with the original building nevertheless. The link between reorganisation and design answers the question how to create urbanity in these days.

Façade and Lobbies. New striking façade elements mark the entrances and parts of the front. The building´s face changes completely and a new identity is born. The expressive architectural vocabulary is also part of the lobbies´ interior design. The extended two storey lobby is composed of expressive forms, light lines and oversized window elements. The lobby design marks another contradiction to the existing building. 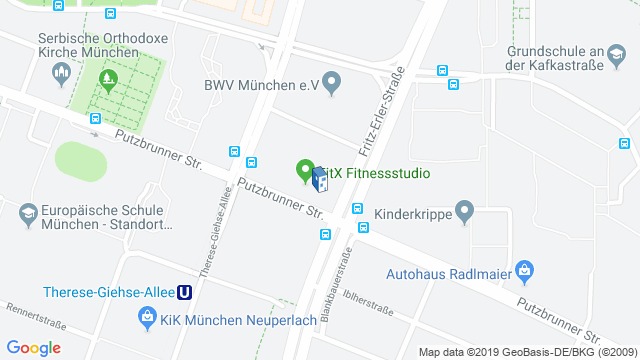