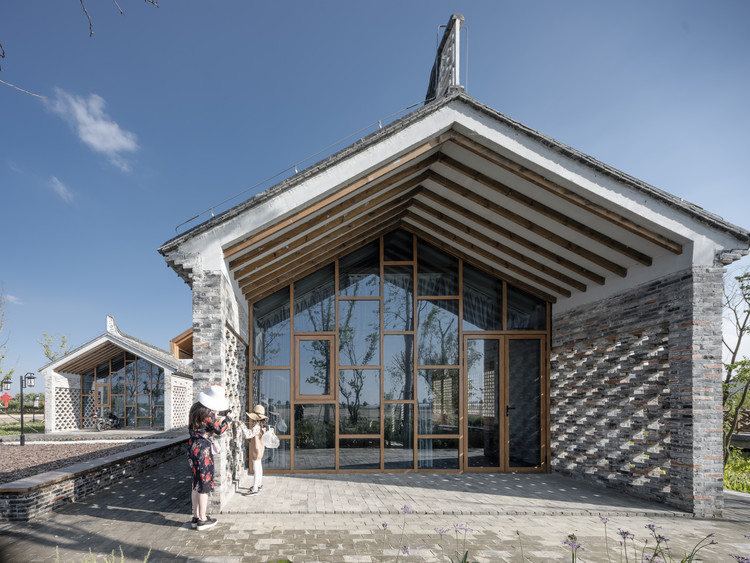 Project Overview
TangBao (Fort Tang) Academy – Community and Civic Center is situated in the village of Tangzhuang of the town Chenbao, a part of the city of Xinhua, a city in the contemporary Jiangsu Pronvince previously known as Shaoyang or Chushui. Ancient Xinhua, a place full of cultural roots, is home to famous Chinese novelist Naian Shi and Banqiao Zhen, one of the famous Eight Eccentrics of Yangzhou, thus the resulting humanistic affluence is one of the most identifying characteristics and environs. TangBao Academy builds upon the traditional cultural base of the region, seeing the base as a solid starting ground to design and construct a civic center in order to germinate century old humanistic traditions into contemporary daily village life. This unique cultural element requires the architecture to be deeply rooted in tradition, serving the present, and creating an educational and productive rural enclosure for kids, locals, and visitors alike, thus spurring more spatial possibilities for endless modern village cultural activities and events.

The project is located near the mouth of the village, facing Zhuangxi River on the north side, the village parking lot on the south side, and village roads and local residential development on the east and west side respectively.

The natural village near the project ground dates back hundreds of years, freely growing along the crisscrossing marine network and watershed in rhythm with nature, fields flowing alongside the waterbed, full of vibrant energy that engraves a picturesque painting of harmonic life between man and nature in a peaceful rural setting.

The texture, vein, and blood of the village
In order to redraw the pursuit for the Chinese picturesque in the rural setting and realizing an authentic blend between architecture and nature, the design team condensed and then reconstituted the two material spaces, “village” and “paddies” within Tangbao village, into the life of the villagers. The original village layout, uniform and lackluster, is rejuvenated with a layered, connected, and interacting overall architectural layout; moreover, the texture and vein of the village shaped by the historical accumulation is protected and respected on this project, which inherits the local fabric of the city of Xinhua, Jiangsu province.

Oriented on the North-south axis with the east-west axis as support, multiple layers of courtyards create discrete yet interesting village spaces.

The Ambiguous Edge
The design team stresses and carries forward the “spaces under the eave” by constructing convenient and navigable grey spaces: courtyards, alleys, vestibules, etc. the boundary of the architecture turns from explicit to ambiguous. The configuration of function within the distinct singular enclosures within the village interacts and connects with each other. The relatively ambiguous edge allows previous secluded function of village culture can be concentrated here,where the courtyards and alleys are not only free-flowing transit ways, but also public spaces for chatting and resting for villagers and visitors alike.

The function of architectural space is attached extra abilities which allows each function penetrating and extending with others. An opening position and atmosphere of the local village is created by the design team through research and exploration on the field of the ambiguous edge in the previously tradition and conservative village. Community events such as village forums, cultural events、learning、relaxing occurs here, exhibiting the liveliness and openness of a public cultural architecture, as well as the reemergence of the cultural identities embedded within the traditional “spaces under the eave” of the region south of the Yangtze river (Jiangnan). The interaction between architecture and man comes and goes as both pleases.

Thus the Chinese picturesque guides the most poetic architecture, which in turn molds the most grounded picture of rural village life.

Traditional construction
On another note, Tangbao Academy attempts to create new paths on expressing traditional Chinese architectural characteristics using native materials. The usages of small grey tiles, tessellated flowered wood doors, tiling, hollow brick walls and corbels are seen everywhere throughout the design, but the design teams went even further, trying to capitalize upon more innovations. The upward sloping of the roofing is a great example. It has been translated into an architectural symbol unique to Tangbao. Such meticulous detail emphasizes the “uniqueness of place” Tangbao Academy arduously attempts to deliver to its visitors, trying to demonstrate and recreate the effervescent humanistic air of the place. 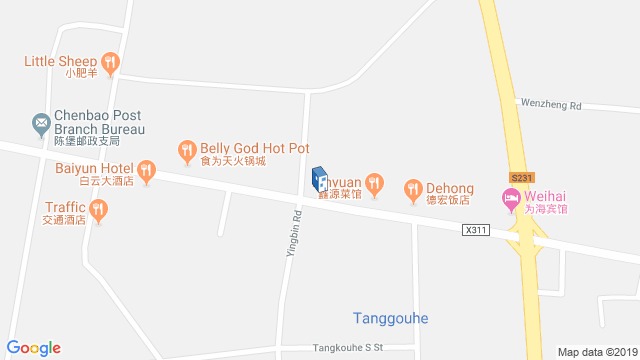 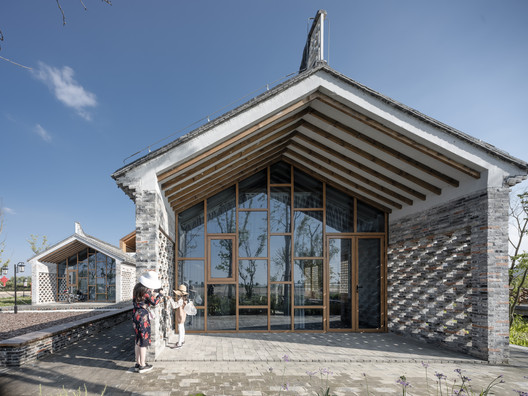