Save
My House / Xutan Wang 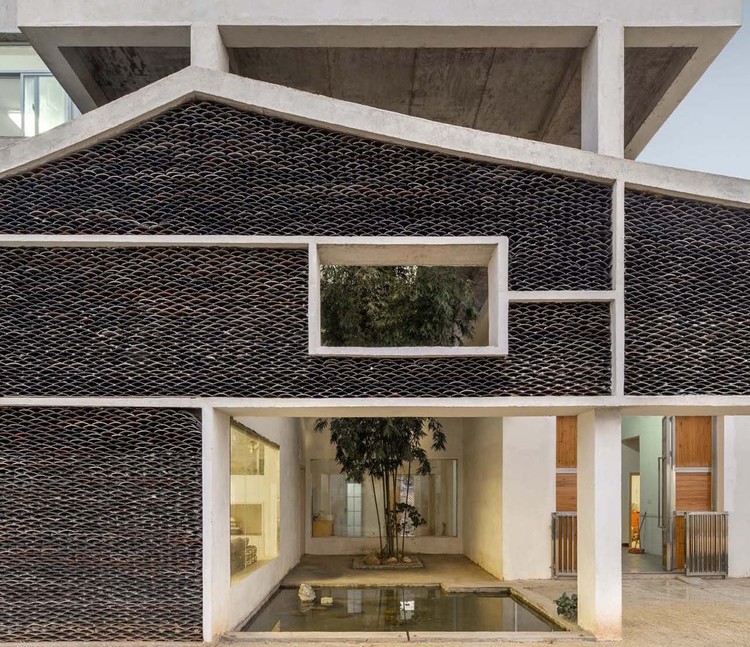 Text description provided by the architects. This is a house designed by an architect for his family. It is built by traditional rural clay masons, located in a village in Hunan, China. This is a large family of four generations with up to a dozen family members. As the original old house can no longer meet new needs of living, the three brothers and sisters decided to jointly invest in the construction of a new house.

In rural China, what used to be called home can easily become fragmented as family members and living conditions change. Such a phenomenon is common in rural areas. After the children start a family, the family begin to split up and start new families. The space distance between family members can easily divide the family. Meanwhile, without distance, relatives are likely to turn against each other. The architect tries to organize his multigenerational families through space, based on the specific situation of his family. This is an atypical "gathering house."

The home is planned on the blood relationship. There are two sons and one daughter in this family: elder son stays in the hometown, the daughter was married to a faraway place, and the younger son have own career in a distant city. Now all of the three have established their own family. Three small independent families have grown from the original family. The building presents a combination of four blocks in form, showing the relationship between the original family and the new families. A large traditional sloping roof covers three separate simple square boxes.

The first floor contains bedrooms for parents and grandmother as well as a public living room. Part of the second floor of the first floor is the suite of the daughter. Part of the third floor and the rest of the second floor are the elder son’s suites. Part of the fourth floor and the rest of the third floor are the younger son’s (architect) suites. The two floors of each suite are connected by a small stairwell. The public staircase connects the two sons’ suites. The daughter’s suite is on the east side, completely independent from the main living space.

In rural China, the elder son often takes more responsibility for the parental pension. Therefore, the elder son's suite is very close to the parents' space, facilitating taking care of parents. The younger son lives in another city and his suite is set on the upper floor. Different generations have different living needs: parents and grandmothers continue the traditional countryside lifestyle and children get used to the modern lifestyle.

To meet different needs, the first floor applied the traditional rural layout with the courtyard space, decorated blue tile.  The main living spaces of the mother and grandmothers are placed on the left and right sides of the main hall and the courtyard, which are also the center of the first floor.

Each of the three children has separate entrances to maintain privacy. Among them, the suites of sons adopt the form of hopping layout and different planning to meet different needs. The younger son’s suite introduced an open-air courtyard that runs through the upper and lower sides.

“Home” is not just a container for living. The architect wants to explore the essence of “home” through building a house according to blood relationship and evoke people to think about the relationship between architecture and social relationship. 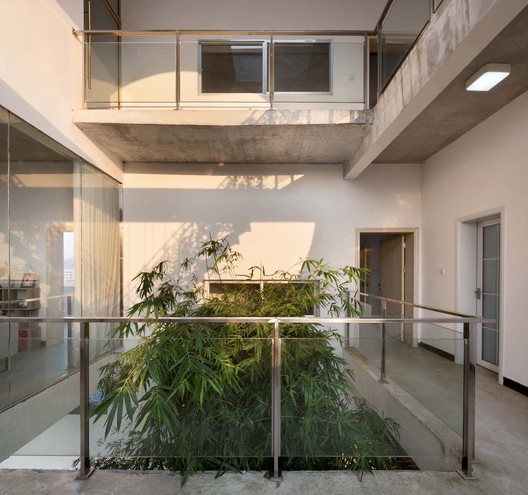 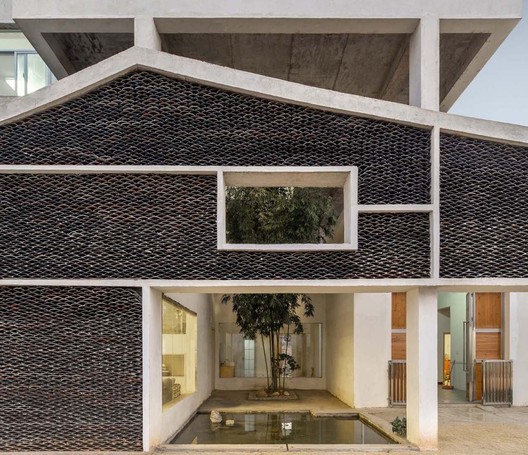