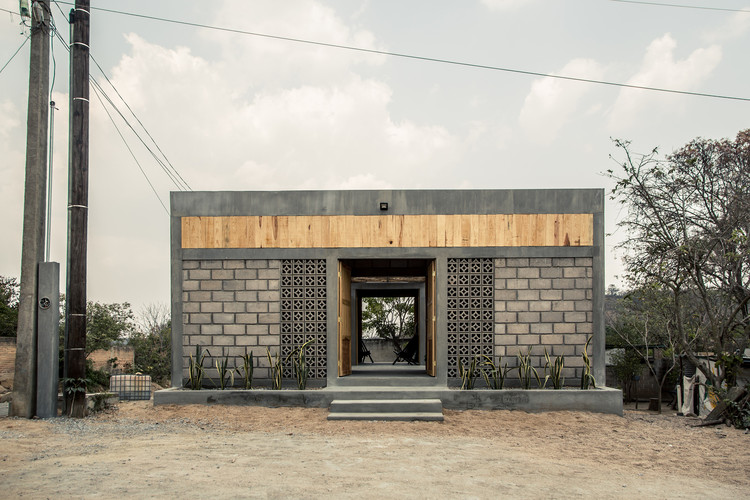 Text description provided by the architects. On September 7th, 2017, one of the most intense registered earthquake in the last 100 years ocurred in the country, the catastrophe caused emotionally and materially  havoc in society, resulting in thousands of families become homeless.

"Casa Melani" arises from the need to rebuild a decent space for a family consisting of 4 members; mom, dad and daughters, who lose at the same their home and their heritage What led them to shelter for several months in an improvised dwelling which consisted of a tent where they only had a couple of beds, some clothes and the minimum necessary to survive in less optimal conditions, taking risks and being affected by the inclement weather.

The project is designed with bioclimatic characteristics that integrate ecological systems seeking the comfort of its inhabitants. The architectural program was adapted to the local way of living and to the particular needs of the family with the aim of procuring their appropriation of the spaces.

The resulting identity of the house is characterized by the appearance of its materials in 2 buildings that are joined by a “pórtico” to the exterior that allows the spaces to be ventilated and illuminated. The circulation of the winds maximizes due to the disposition of both buildings as well as the location of the bays in each end generating cross ventilation, reducing the extreme climate of the region in which the dwelling is located. The design allows allows constant air flow, which achieves a comfortable interior temperature, in addition to maintaining natural lighting throughout the day.

The formal aesthetics of the project lies in the functionality and the apparent handling of the materials which allows to see the development of its structures, so the constructive system is replicable, economical and easy to maintain. The building is a response to the family's need to rebuild their heritage through quality that is intimately linked to spaces, materials and comfort, dignifying the life of those who inhabit the space.

This project was possible thanks to the altruistic work of several parties that formed the possibility of making a decent roof for these people, but above all, the participation of their own family and community in the development of it was a fundamental factor. Cousins, nephews, neighbors, and the owners themselves were participants in the process led by a team of professionals, which uses the self-construction method where technical-practical masonry workshops, manufacturing of construction materials and carpentry were conducted, looking for this, to reinforce the issue of the social production of housing and to pursue the impact on the community to achieve the appropriation of this effort as a whole, not in a house, but in a HOME. 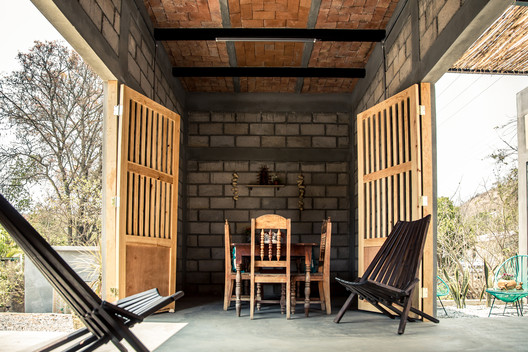 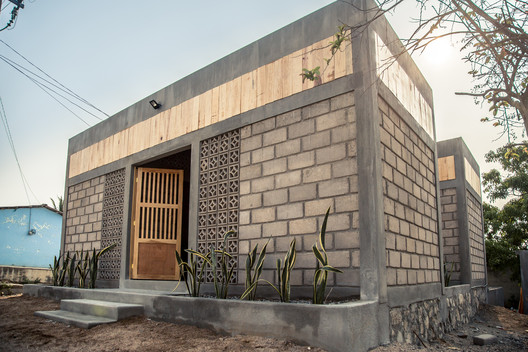