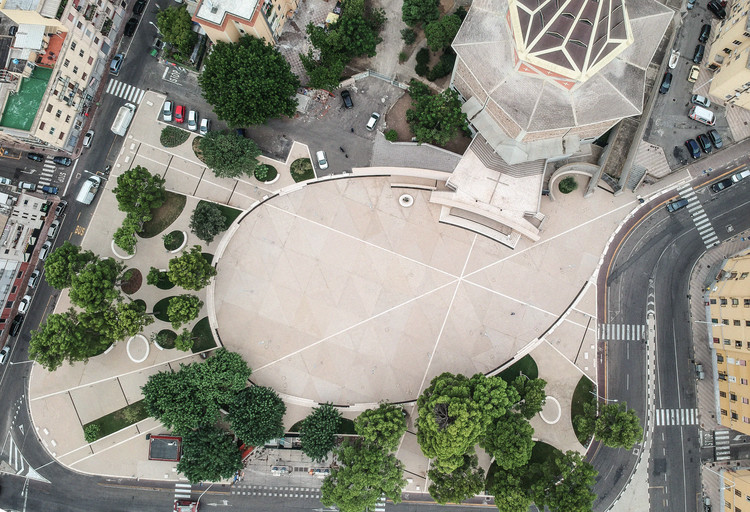 Text description provided by the architects. The design for Piazza San Michele, the main public space in the one of Cagliari’s "central peripheries", was based on the site’s main geometric and spatial elements: The original Via Abruzzi, which crossed the square until the 1970s; the church axis; and the square’s oval space determined by the positions of the major trees, in particular the pines. The street and the axes intersect the oval to define the main access paths that, in turn, determine the tree-lined sectors that form the square’s edge.

The oval closes in front of the church with a series of slightly curved walls that redefine the relationship between the square, the exterior space of the church and the church itself. The outer green areas are slightly inclined upwards toward the square, delineating the central area in section. Planting beds and grassy areas are enclosed within oval shapes of different sizes and, along with the seating and benches, form an articulated system of pathways and areas that are not only places for relaxing in the shade, but also prevent vehicle access. Of the over forty plants, only 5 trees located along on access routes or within paved areas, were moved. In addition to these, 4 sick cypresses and a malaleuca  were eliminated and replaced by 5 carob trees.

The curved walls, which close the oval, perform various functions. The first, to the left of the church, masks the existing vehicular ramp and forms the backdrop for the statue of Father Abbo, a figure beloved by the whole neighborhood. The second, on a different plane with respect to the first, redefines the elevation of the church and contains two staircases leading to the upper level of the church. This wall has a large horizontal opening that provides stair access to the frequently-used working church and catechism classrooms on the lower level.

The new seating system is in monolithic elements of artificial stone made of cement and aggregates obtained by grinding down the same limestone waste used for the aggregate in the paved surfaces. The seating on the perimeter of the planting beds and around the large central space was designed to minimize maintenance and resist vandalism.

The paving is in homogeneous, poured-in-place architectural cement with exposed limestone aggregate having different patterns and measurements. The central space is organized along the axes that, marked by a band of artificial stone, give rise to sections subdivided by stainless steel expansion joints forming a triangular pattern. The sections along the access paths are rectangular and divided by transversal drains, while the pattern of the green areas was obtained by connecting the ovals of the flowerbeds and seats with straight lines.

The illumination strengthens the overall design choices. A perimeter line of 8.2 m high poles ensures the illumination of the central area, while the accesses and green areas are illuminated by 80 cm high luminaires.

The result is a strongly characterized design that unifies the various elements that come into play in the definition of the square. Piazza San Michele was once a symbol of the neighborhood’s physical and social decay; today it has become a place of redemption and pride, the cornerstone of a process tending to increase civic responsibility and reinforce the population’s sense of belonging. 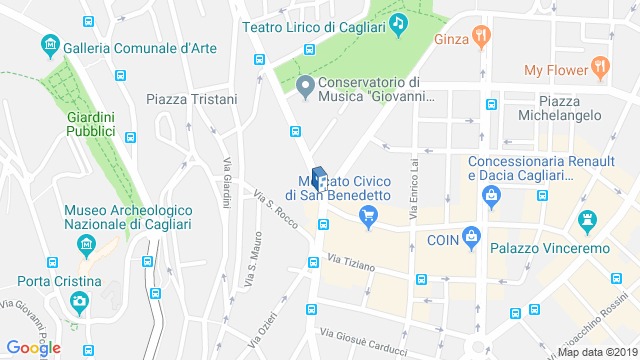 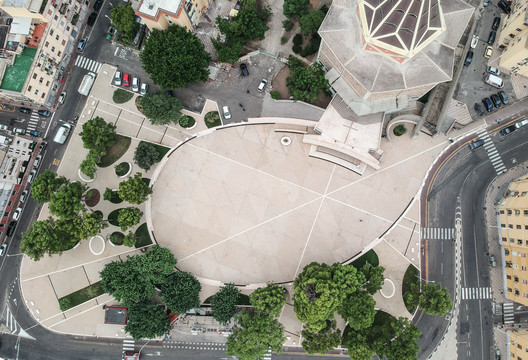