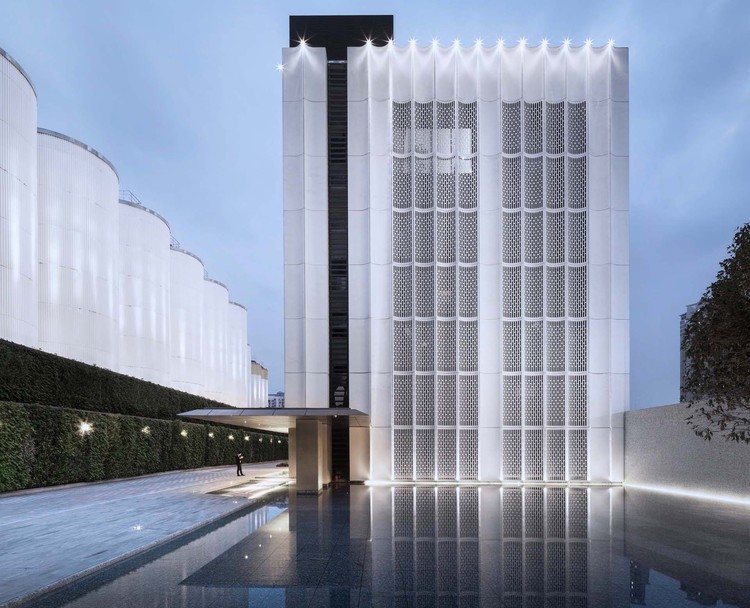 Text description provided by the architects. The original Jinwei Brewery District in Luohu of Shenzhen was included in the Industrial Heritage Renewal Program, aiming to become one of the most culturally place in Shenzhen city. The original cans production building in the north portal of the brewery district will be redesigned by the BLACKhome. It will be used as a retail and cultural building integrating art exhibition, office and sell-house functions. With this seemingly simple facade renovation project, the architect completed a reinterpretation of the “heritage” and “facade”.

New heritage, new value
How to define architectural heritage? The length of the duration or the integrity of the retention is can become like the key points whether a building can be included in the “heritage list”. But, for the archtects, the core value of architectural heritage lies in its “memory”, which is the most important key of contemporary urban renewal.

Compared with the ancient architectural sites that have been in operation for hundreds of years, the Jinwei Brewery has not lasted for a long time. But, the words "Jinwei" was undoubtedly the dream and passion of all the young people who came to Shenzhen in 30years ago.

In this case, the most representative building in the brewery district-“fermenter tank” is only 13 meters away from the our building. How to make the form a new symbiotic relationship between with our building and the“ferment tank” is the key to this case.

At the beginning of the site survey, the curved glass of the original building twisted and deformed the fermenter tank reflected on it, which aroused the interest of the architect. Then, in the design of the new façade, the architects inherited the curved language, with a concave curved interface corresponding to the protruding tank. The project uses UHPC panel and high-reflection glass as the main materials.

In the ground floor, because of the reflection image of the twisted deformation on the curved glass, It presents an unprecedented dramatic experience when the people walking between the building and the tank.

from the second floor and above, the architect uses the UHPC hollow board as a medium of between with indoor space and tanks, making the views from inside to outside became more interesting.

"Design is not creation, it is the returning to essence of things"_BLACKhome
Different from the simple renovation of the facade of the building for the purpose of skin beautification, the architects from BLACKhome hopes to propose the communication method between people and heritage, it will be helps to reflect the ture meaning of the heritage. 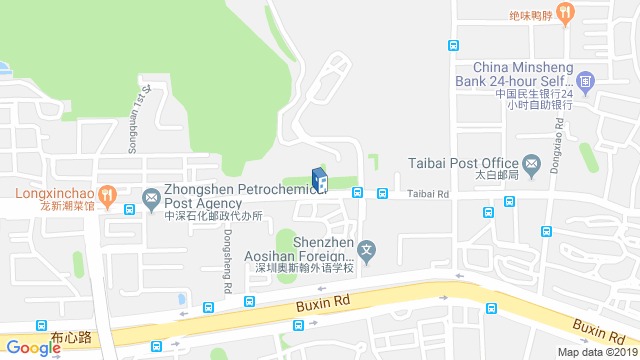 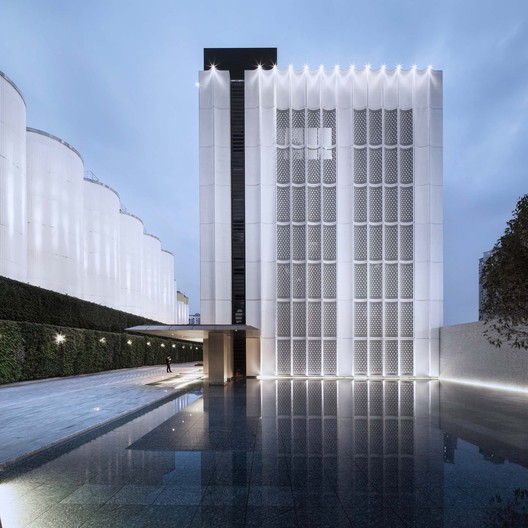 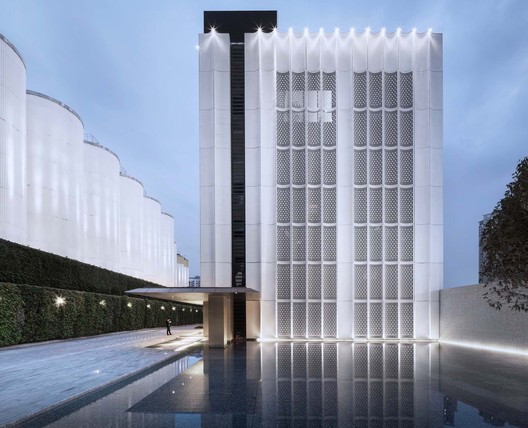