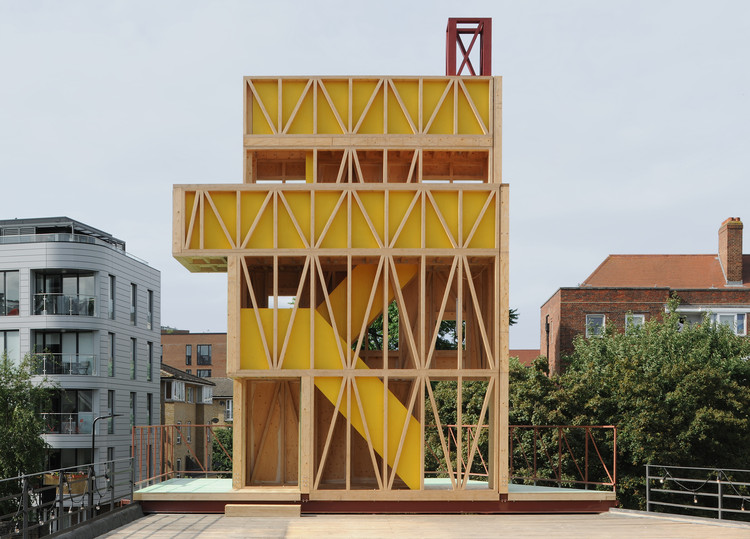 Text description provided by the architects. This proposal for a small theatre draws on the changing use and cultural significance of the canalside location and presents a bold face to the Regent’s Canal. On one side the canal frontage has a flat, abstract image; the composition and arrangement of windows and stairways is a reimagination of Monsieur Hulot’s building in Jacques Tati’s Mon Oncle. On the other side open galleries overlook the rooftop and surrounds. Potemkin generally describes a false or deceptive appearance; we are interested in the way it suggests the revealing of the structure behind a lively and colourful frontage.

A laminated veneer lumber structural frame was used for the wall panels, primarily for its strength to weight ratio and dimensional stability. The plywood stair balustrade and floor panels provide bracing and stiffening of structure. In a similar manner to theatre flats, the front of the structure is dressed with a canvas lining and plywood infill panels painted using linseed oil paint. Local artists will have the opportunity to repaint the frontage over time.

The theatre was constructed over 25 days during June and July with the help of a team of volunteers. The timber lengths and plywood sheathing panels were cut and delivered to site for assembly and preparation of finishes and cladding, the assembled frames were then hoisted on to the roof. The structure was erected using a method of the platform- frame construction. Panels were stacked one upon the other and bolted together to form a rigid structure. As the construction grew higher the floor panels and stair balustrades were fixed to brace between each level.

The architectural concept has an emphasis on flexibility in use and will provide a variety space with the potential for a wide range of public events. The two-sided aspect lends itself to engagement from both the canal side and the rooftop. Theatrical productions, opera, small music concerts and film screenings will all form part of a cultural programme. 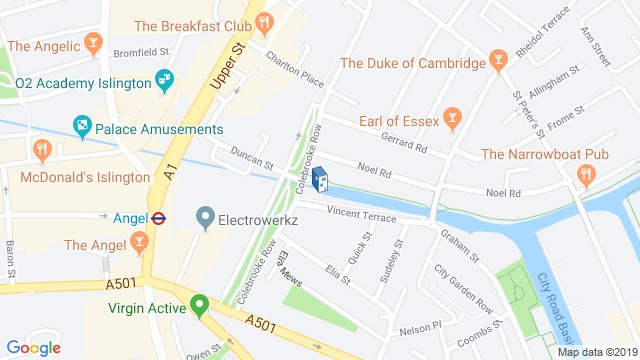 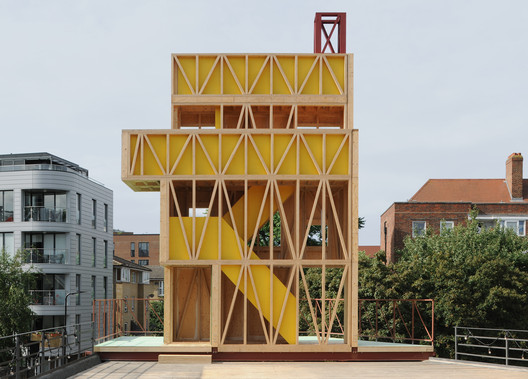