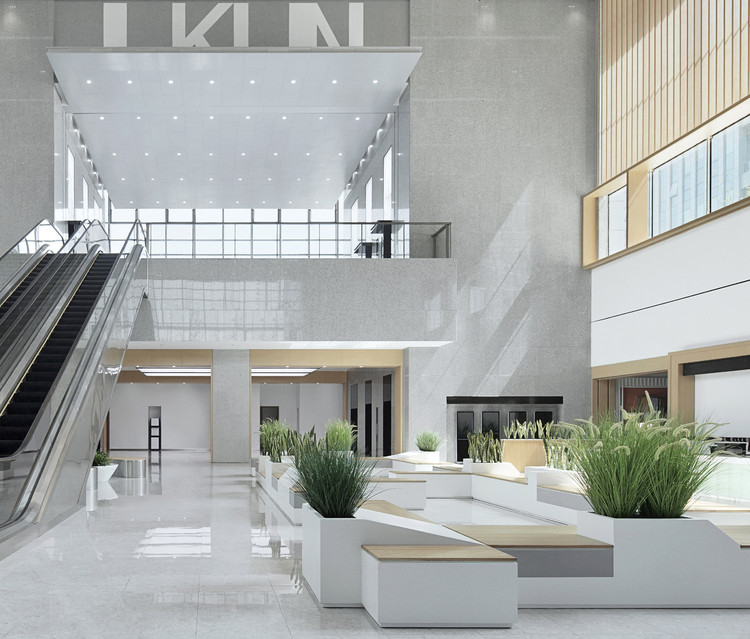 Since the project’s inception in 2009 and the interior design’s involvement in 2011 at the end of the architectural schematic design, years have passed and the project has experienced a number of changes including state policy, re-positioning of city’s general administration, functional adjustment, and implementation of new building code.

The designer’s retrospect has since departed from the initial main body of the design, and shifted to the decision-making, motivation, guiding, and integration between the city administrators of the public functions, the civic spaces, and the people who are served, under the backdrop of this changing era. Attention will also be given to the sense of pleasure and respect the users receive, and the city life which is enlivened by civic activities.

Origin
No design is separable from its time, and all sorts of uncertainties reflect the changes in time. For instance, the style of life and work has been reshaped by changes in the internet and social media as well as the reform in government offices, and as a result, the classification, quantity, and procedure of the early planning were all subject to adjustment. In particular, the updating of fire code and smoke exhaust regulation caused a chain reaction which could by no means have been predicted at the beginning of the design.

Light
Light is usually connected with only shadow and shade, while it actually defines shape, color, distance, and size. Light shows order and brings about mood and sense, otherwise, John Lobell’s famous Between Silence and Light would have become merely Shade and Light. Light itself doesn’t possess spiritual meaning and it needs a medium for streamlining and demarcation before it can become an integral yet nonmaterial part of a space.

The project consists of many public service spaces so inevitably ‘sunlight’ and ‘openness’ were to become its spirit and symbol. Gratings were added to the perimeter of the atrium spanning B2 level to the second floor, shading the sun and alleviating the pressing neighboring building to the west, and guiding sightlines into the water court with bamboo and lotus to the east. This courtyard was meant to recapture in a set frame the scene as described in Yushan Yaji, an ancient book in Kunshan: ‘There are bamboo trees in front of the house, and lotus in the rear. Picking lotus seeds in the breeze by the seat. Closing sash upon weariness, walking out onto stone steps.’

Meanwhile, the gratings alleviated the dark adaptation due to lighting contrast when one travels from basement to exterior. The form of gratings represents the oriental serenity and orderliness in a local way. Green maples which suit the aesthetics of oriental courtyard were planted in the waiting area, blurring the difference between interior and exterior through the incorporation of sunlight and greenery.

Material
When construction began we had a site visit, we found that because this project was required to be qualified for the ‘Luban Award’, the quality of formwork and concrete pouring was good, specially at the podium when the new formwork began to be used, therefore a little bit of curing would be all we needed to expose the concrete when formwork was taken away. So we modified the original design and asked the contractor to apply protections to the concrete.

Another reason was that the project was slated to obtain the golden certification of LEED-NC, so it had rigorous criteria for material reuse and energy saving. Also, in light of overall aesthetic control of local culture integration, the pale gray of concrete blends in well with the monochromatic palette of the traditional southern towns. The polished concrete paving used cement instead of epoxy. Lastly, there was, of course, cost control requirement from the client.

Form
This is a new rendition of an old ‘script’ dating several years back, and our concept was based on the local stone of Kunshan as well as the imaginative connection between its porous nature and the functional character of the ‘windows’.

The illuminated ‘jade mountain’ at B2 level was incorporated to suggest the project’s location, Yushan. The partial enclosure in the restaurant on the ground floor was an improvised solution to the change in the smoke exhaust that led to the addition of a ventilation fan and lowered the ceiling by 1.2 meters. The geometric forms represented the local lake stones.

The ‘cheese wall’ in the inquiry zone was meant to minimize the structure as much as possible. The client requested that the N-shape steel structure be enclosed by partitions and the designer resorted to the effect of perforating measures to achieve the least sense of enclosure. Each consideration can trace back to a response at a specific time, and there would be different starting points in composing the forms, should the ‘script’ be written today.

Vision
How to promote a good interaction between urban space, society, and nature, improve interpersonal relationships, and allow more people to feel respect and dignity in a built environment? Even if the design can make a small change, it will be valuable and ‘rewarding’. 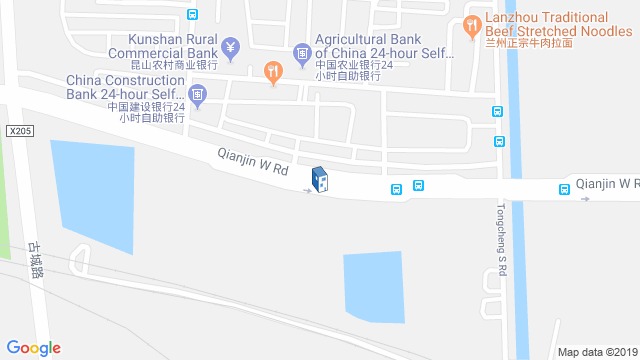 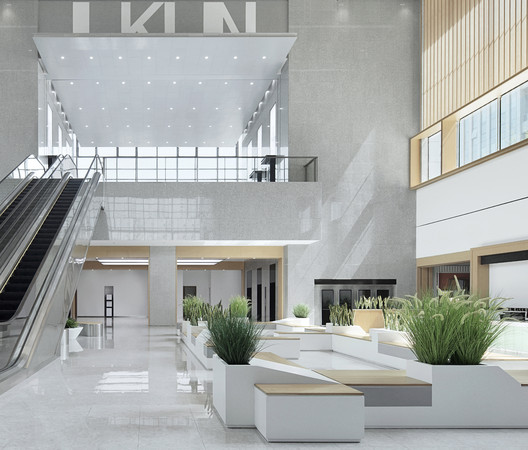