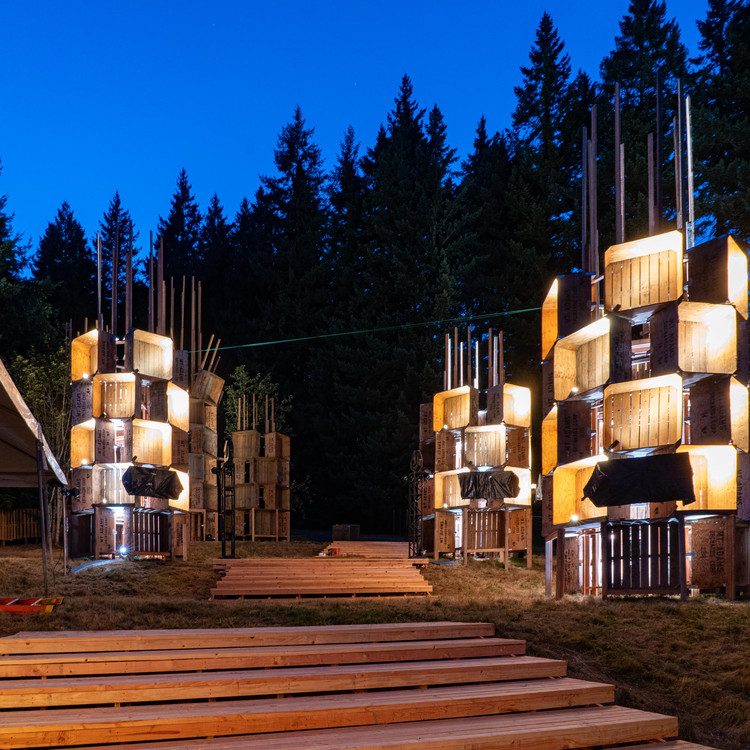 As the team states, each tower in the stage is made up of 15 to 30 apple bins, with pentagonal clusters of five bins purposefully stacked atop each other to suggest collections of blossoms in a stand of trees. At the center of attention behind the stage platform is the tower called the “Queen Blossom,” with vertical columns reaching up to the sky, like stamens extending from an apple flower, and bins tilted in an opening gesture. This year’s rendition of the Treeline Stage was made to create an immersive environment as the trees reach 40 feet high at their tallest point. The site design incorporates space for audio equipment, a “green room” area backstage, and space for food vendors and seating.

Situated where the meadow meets the woods, the Treeline Stage creates a performance environment for the 18 bands of various genres that will play there throughout the weekend, including Mereba, CAAMP, Julia Jacklin, JJUUJJUU, Bonny Light Horseman, Reptaliens, and Black Belt Eagle Scout. The Treeline Stage is one of six stages at the festival. Immediately afterward, the stage will be dismantled and the apple bins will be returned to service in time for the late summer apple harvest. 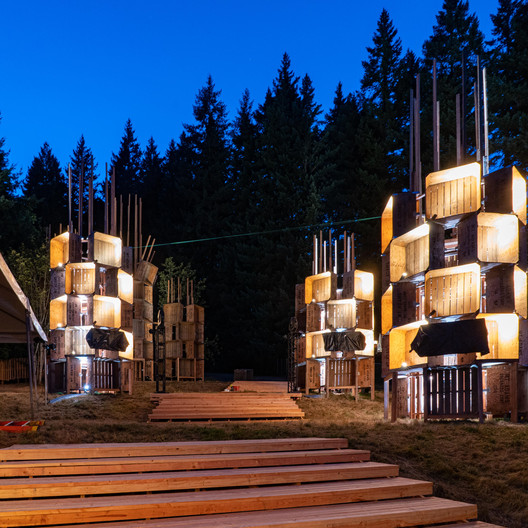