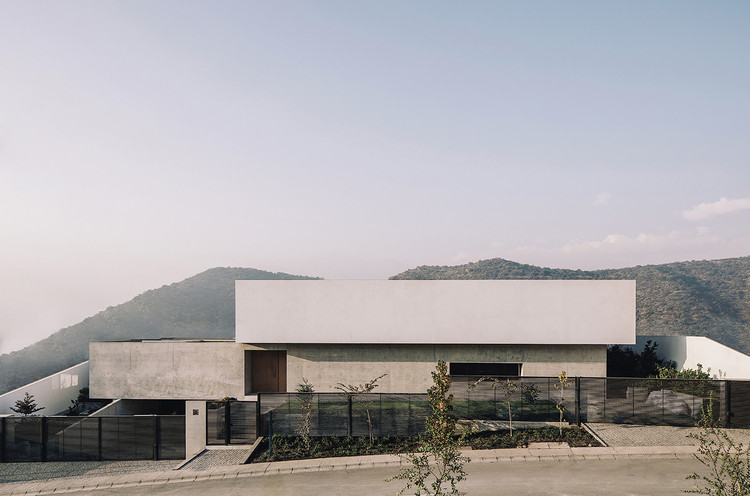 Text description provided by the architects. The LC house is located to the eastern side of Santiago, Chile. It is built on the upper part of a slope making it higher than street level. Maximizing the most of this condition, a street-level entrance to underground parking was built. The house entrance is accessible through a flight of stairs which start at the street and ascends until it reaches the main access.

To make the entrance stand out, the area was pulled outward from the main volume, framing the sky and giving it natural light. The shape of the house is defined by overlapping simple volumes. The frontal view shows a solid face that expresses privacy and intimacy. These walls were created to cast shadows for cooling the house.

By contrast, on the other side, the house opens to large windows facing the Andes Mountains. The upper volume is slightly extended running along the length of the entire perimeter, allowing for light to enter the house. The first floor of the house is a double-height space that links the hall, living room and an interior courtyard. Skylights in this area add to giving it a luminous atmosphere.

The east wing is made up of the dining room, kitchen, barbecue area, and pool. At the same time, the north-facing west wing is formed by the bedrooms on the first and second floor. The material used for the construction was reinforced concrete, leaving the underground with the concrete in its natural state. The second floor was painted white so as to enhance the luminosity in the interior of the house and its relationship with the mountain scenery. 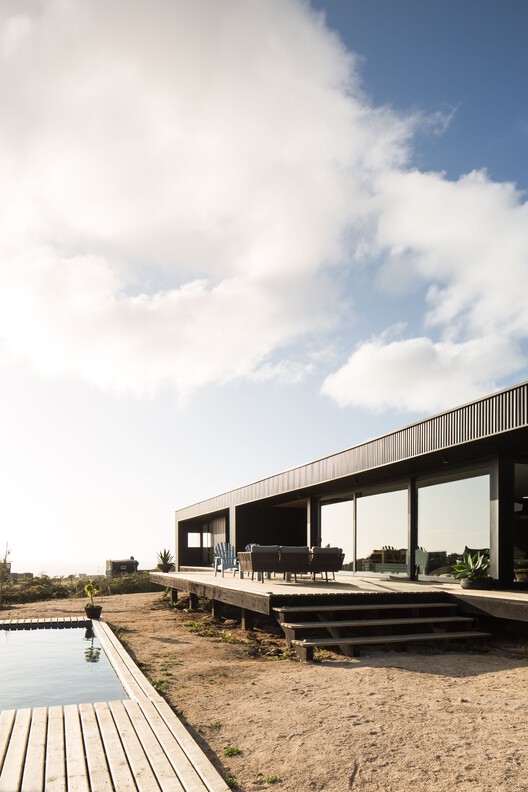