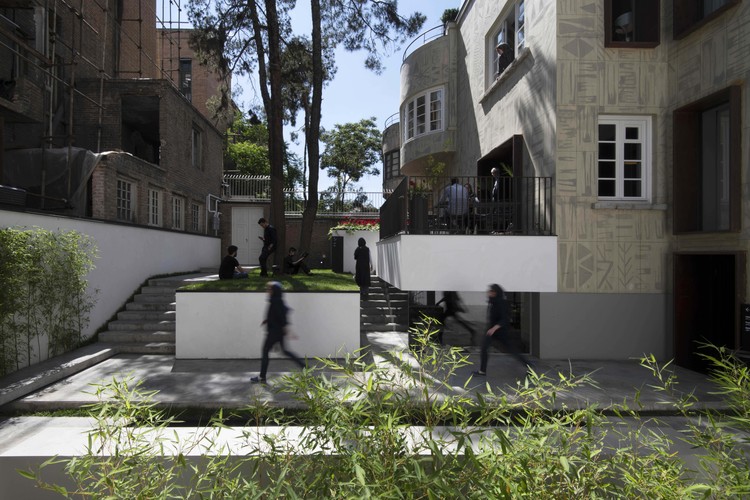 Text description provided by the architects. Around 90-years ago, six buildings were constructed in the center of Tehran, creating its one and only symmetrical street. These remaining structures on Lolagar Alley are some of the best examples of architecture from the First Pahlavi era, a time when modern architecture was beginning to appear in Tehran. Initially all six of these buildings were residential, but over time, like many other buildings in downtown Tehran, they were left unoccupied. Hanna Project, which includes a hotel, restaurant, gallery, and multipurpose spaces, was designed in one of these buildings, with the intention of bringing life back to Lolagar Alley and Tehran’s city center.

Part of the design intention was to reconnect the building to Lolagar Alley, but this time with more occupants. As such, new layers were designed around the building and in deference to the original structure, it invite users to move around and inside this historic building.

With their simple forms and muted colors, these new volumes accommodate some of the building’s new functions, while also putting the user in contact with the building at different heights and from different perspectives. The new pathway they create gives variety of circulation paths around the building. These new layers are constructed using contemporary material, and while they contrast the building’s original material, they attempt to remain subtle and less seen. The juxtaposition of new and old layers presents its occupants with the building’s history as well as efforts for its restoration.

The new volumes create the project’s garden, recessed courtyard, part of the restaurant, and gallery. These new layers also seep inside the original building, bringing new functions inside, while maintaining its original layers and structure. An added neutral volume on the east elevation is used to house the hotel bathrooms, and rises to the roof to create the hotel’s multi-purpose space. This space provides a panoramic view of the surrounding areas, while remaining hidden from street level. In the extensions construction metal frames were added to reduce the boundary between inside and outside. These frames define the gallery entrance, and make the border between the gallery and Lolagar Alley transparent. These frames are also used on the building’s façade to provide more light and views to the hotel guests.

Because the building was left unoccupied over the years, there was much damage to its structure, which made its structural reinforcement quite complex. Concrete walls and continuous concrete slabs, columns, and metal trusses were added to reinforce the existing structure.

The concrete slabs serve a structural purpose and are also the finished interior flooring material. Shear walls and metal structures are also left exposed to familiarize the building’s visitors with its renovation process.

Hanna project attempted to return people to the center of Tehran, and reacquaint them with abandoned buildings. New added layers that are a product of their time, help the building accommodate users now and in the future, while also displaying the glory of its historic architecture. 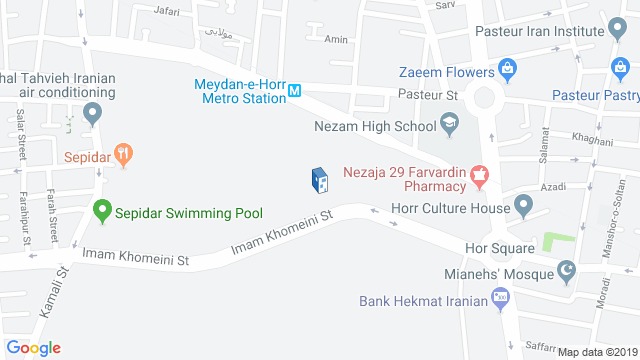 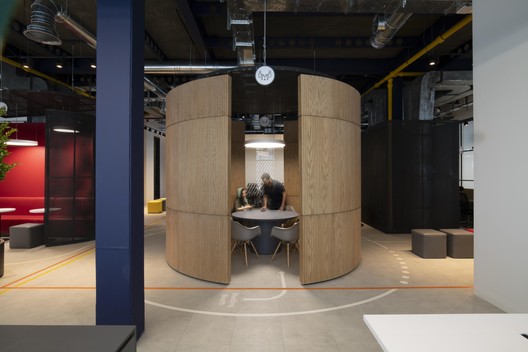 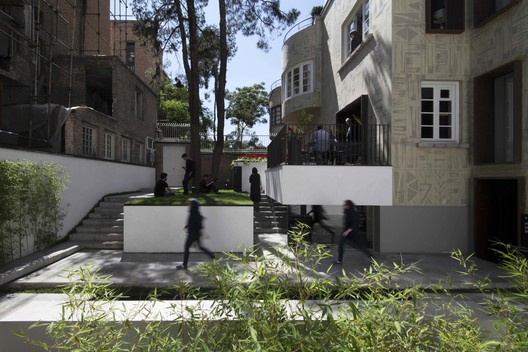