Save
Cristiano Toraldo di Francia, Co-Founder of the Radical 'Superstudio', Dies at 78
Share
Or
Copy

Yesterday, July 30, 2019, Cristiano Toraldo di Francia died at 78 years of age —56 years ago the architect founded - together with Adolfo Natalini - one of the most important offices of radical post-war architecture in Italy, Superstudio, which, during the 60's and early 70's, focused on the form of a strong critique of the production methods of design and architecture. All this analysis was reflected in a very different way of representing architecture, collages, experiments, manifestos, furniture, stories, storyboards, etc. This approach has unleashed multiple discussions that remained valid to this day among the younger generations, which have resumed these modes of criticism to apply them to new ways of producing and thinking about architecture.

It was thanks to the work of Cristiano Toraldo di Francia, Adolfo Natalini, Piero Frassinelli, Alessandro and Roberto Magris - members of Superstudio - that utopias became a way of reinventing the world to expose the weaknesses sensitizing the community of architects and designers with works like 'The continuous monument', one of the most controversial pieces by the studio whose legacy extends in a timeless way which became a pure and democratic, endless environment.

In architecture, critical activity has always been connected with the concept of utopia; utopia is not an alternative model: it puts forward unresolved problems (not ‘problem solving’ but ‘problem finding’). We could say that the original motive of utopia is hope. Utopia is the true preparation for projecting, as play is preparation of life. The revolutionary charge of utopia, the hope which is at its foundation and the criticism which is its direct consequence, bring back its dignity as a rational, ordering activity.
- SUPERSTUDIO, The Continuous Monument: An Architectural Model for Total Urbanization, 1969.

Cristiano Toraldo di Francia continued his professional career individually in 1980, when he focused on the study of the Tuscan architecture language of the 16th century and was a second level professor at the Faculty of Architecture (now School of Architecture and Design "Eduardo Vittoria") of the University of Camerino, based in the city of Ascoli Piceno until his retirement.

According to a publication by the Universitá degli Studi di Camerino, it was announced that the rector and the entire university community gathered around the relatives of Prof. Cristiano Toraldo di Francia, to express their deepest condolences, recalling the competence, preparation, passion for research and teaching that have always distinguished his figure as a university professor, together with an extraordinary humanism and closeness to the dreams and aspirations of the students, which has always represented a unique and irreplaceable point of reference. 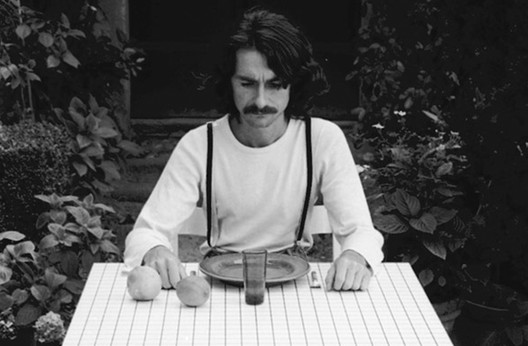