Save
“We Turn Every Project into an Opportunity”: In Conversation with Giorgi Khmaladze
Share
Or
Copy 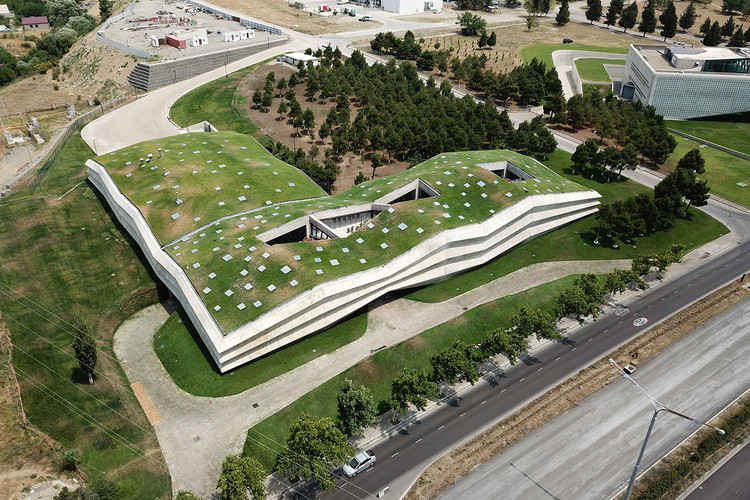 Architect Giorgi Khmaladze was born in Tbilisi, Georgia in 1982. After graduating from the Tbilisi State Academy of Art in 2002, he was accepted to AA in London but at that time he could not afford studying there. He remained in Georgia, working on his own projects, as well as taking part in various international architecture competitions. In 2010, Khmaladze became the first Georgian who was accepted to Harvard’s GSD on full scholarship, which was provided partially by the university and partially by the Georgian government. He graduated with Master’s in Architecture in 2012 and returned to his practice in Tbilisi. In 2014, his groundbreaking Gas Station/McDonald’s in Batumi won 2014 ArchDaily Building of the Year Award in Commercial Architecture. The architect’s other projects include Georgia National Pavilion at 2010 Shanghai Expo and Coffee Production Plant in Tbilisi. We met at the architect’s small office located at an attractive prismatic glass volume with a pronounced concrete exoskeleton to his own design. We discussed the architect’s intentions, inspirations, and that every one of his projects starts from scratch.

Vladimir Belogolovsky: How would you describe your work as an architect?

Giorgi Khmaladze: We work with our clients who commission us to design buildings. We actually become partners in the mission of achieving a common goal. We respond to their briefs by trying to solve various programmatic issues. But most importantly, we turn every project into an opportunity, of finding enough space for experimenting and innovation. We try, anyway. Of course, our clients don’t always know what they want, so the architects are often asked to assist them in preparing the brief. We are working with them to help them open up and sometimes even discover their true intentions and needs. We use those opportunities to our advantage.

VB: In one of your interviews you said, “At our studio, we try to push boundaries of design by challenging each project with the right questions and series of experiments.”

GK: On the one hand, we experiment as much as possible with the design by considering feasibility in terms of local construction capabilities and budget. On the other hand, we also try to be careful because very often clients ask for our opinions on all kinds of issues. They range from choosing the right site to developing a program. This is quite typical here in Georgia.

VB: Tbilisi is known for its characteristic historical fabric, so it is surprising to see so many uncompromisingly contemporary buildings right in the heart of the city where they are positioned to be equal with prominent older landmarks. The city is now very dynamic and modern because it embraces very bold contemporary architecture. What do you think about the current state of architectural innovation here in Georgia? How would you assess opportunities for architects like yourself here?

GK: What you are describing is the result of our former government’s efforts to bring Georgia into the 21st century. When Mikheil Saakashvili’s government [2004-2013] came to power, there was a strong emphasis on modernizing the country and architecture played a very central role in this process of development. Many foreign architects were hired directly by that government to design a number of key public buildings right in the heart of the city. That was very refreshing for the profession because, during the civil war in the 1990s, there were no opportunities for architects here. Then architecture became an integral part of the renewal process. This development was led by the government but also followed by the private sector. So, many opportunities came for local architects, including my practice. We started having competitions and it raised the level of the discussion. It is not just a matter of professional circles. The new architecture is everywhere; you can’t avoid it. For sure, the situation here is still not ideal. Regulations are not always well defined but what’s important is that there is a strong interest in architecture both on the sides of the clients and the public.

VB: How would you describe the main intentions of your work?

GK: My intentions are always tied to my clients’ intentions and the specifics of each project. I must respond to the pragmatics first so that clients are satisfied. Of course, I always try to push the design to provoke positive emotions, celebrate nature and go beyond utilitarian needs is an equally important function. And I try to avoid clients who don’t see any value in design. Still, I don’t bring my preconceived notions to my clients. They start the conversation and I always respond.

VB: Could you talk about your Gas Station/McDonald’s building in Batumi?

GK: This was a good opportunity to combine two very distinctive programs that required an innovative solution. The idea was to integrate two programs into one in the most seamless way. Yet, these programs are so different that they needed to be separated both experientially and visually. The client expected us to occupy the entire site with two blocky, low buildings, each for its program, but what we proposed was to squeeze the two programs into a very compact form and leave as much space as possible open to recreation. I am proud of the result, not the form but the fact that so much space was given back to the public. From the restaurant, you can’t see the gas station and from the gas station, you don’t see the restaurant. They are completely independent and yet, work together as a singular, seamless urban form, an iconic form. Not that every building needs to be iconic but, in this case, it works successfully both in terms of its programs and form, which has become an icon that people recognize and respond to very positively.

VB: What single words or short phrases would you use to describe your architecture or the kind of architecture that you would like to achieve?

VB: Could you talk about your design approach?

GK: It is always a process. We spend a lot of time on research. We never rely on ready-made solutions. Every project is very specific. I typically need a quiet space where I initiate my sketches and then my team joins me. I define the direction and concept. I initiate discussions that eventually lead to results that are hard to predict in the beginning. To be sure everything has been considered and the best possible decisions are made, some clients bring their own ideas and we usually spend fair amount of time developing options for comparison, but at the end of the day, we only proceed with solutions that are acceptable to us. We never stop until we get to that point. In that sense, my architecture is led by my convictions and my ideas. And you can’t make anything distinctive if you simply follow your client’s brief. You must go beyond what you are asked.

VB: So, what kind of architecture are you after?

GK: I think that great architecture is in a skillful balance between imagination, private and public needs, and available resources. The balance is in the careful ratio of these issues, which varies from project to project. In every project, we attempt to identify this ratio, and in this search, we want to be bold and brave. For a long time, we did not have stability and economic means to even think about contemporary architecture here, but now our time has come. I want to use every one of our projects as an opportunity to create something unknown and push architecture forward.

VB: When I look at your work, I can’t identify it with Georgia. What I see is uncompromisingly contemporary architecture that could be done in other places as well. Are you at all concerned with your architecture’s regional identity?

GK: Reflecting on the regional traditions is not a major part of our intentions in general, if we are talking about the appearance of our projects. Not that it is something predetermined, though. We are now working on one project in the historical center, which has clearly visible ties to traditional planning and character. So, we do respond to the cultural context in certain ways, but this isn’t necessarily evident in the appearance and architectural details of our projects. We try not to limit our potentials. Anyway, historically, the local architecture here is very eclectic. In our designs, we look forward.

VB: Where do you derive your inspirations from?

GK: I can’t point to any particular sources. All my projects are developed very intuitively. Anything could become an inspiration. But again, our work always starts from the pragmatics and specifics.

VB: And if I asked you to name some buildings, built in the last 15 years that you think are the most representative of contemporary architecture here in Georgia, which ones would they be?

GK: I like the work of our local firm Laboratory of Architecture #3 and specifically their Mediatheque here in Tbilisi. I like projects that give back something to the public and this particular building is very inventive and generous. I would also name another project here in the capital, Fabrika Hostel by another local studio, MUA. Both projects engage the public the way I think architecture should. 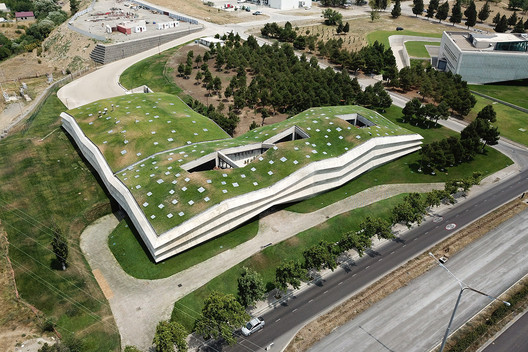