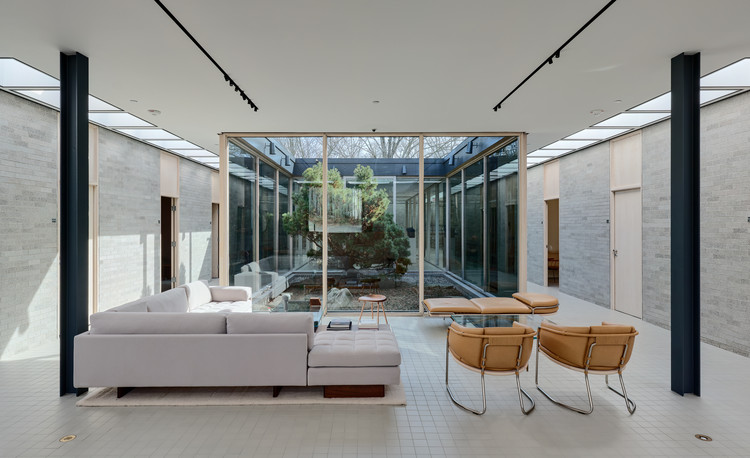 Text description provided by the architects. The Schlumberger Research Center Administration Building was Philip Johnson’s first non-residential building, designed in 1951 and completed in 1952.The building housed the executive team and an elite group of research scientists for the oil exploration and drilling equipment company.

Now known by locals as “The Philip Johnson Building,” or “PJB,” it’s a single-story, steel-glass-and-brick building constructed over an underground storage/garage. The rectangular plan consists of perimeter offices organized around a central core that contains an open-air landscaped courtyard, glass enclosed conference room and library. Around the central core is a wide, skylight-covered corridor allowing circulation between the perimeter offices and bringing abundant natural light throughout the space.

BassamFellows has recently completed an 8-year project to acquire, restore and repurpose this landmark office building in Connecticut for use as the company’s headquarters, design studio, and showroom. As the building was abandoned and empty for more than 10 years, the restoration work was extensive and touched virtually every surface and all major services. The project involved researching original drawings from the Avery Architectural and Fine Arts Library at Columbia University.

By converting areas that were originally designed as secretarial pools, BassamFellows created large lounge areas that serve as collaborative spaces. This minor change gives the building the perfect mix of private vs. public space and feels completely in step with contemporary ways of working. It’s a wonderful testament to good design that the building is as relevant today as it was radical then. The restoration project recently received a preservation award from Docomomo US. 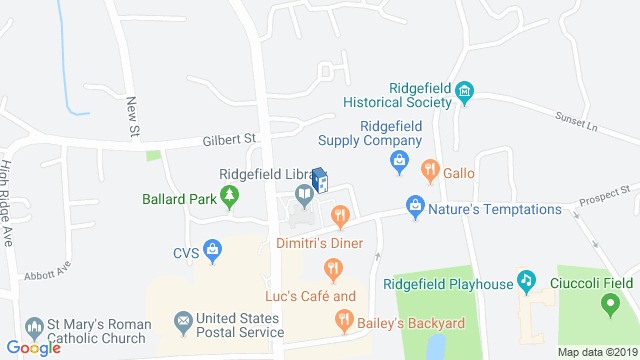