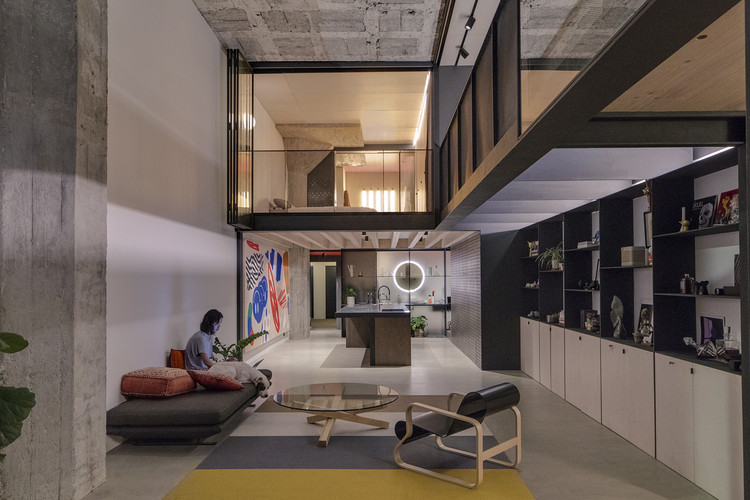 Text description provided by the architects. This warehouse conversion creates a flexible three-bedroom residence within the raw concrete shell of a 100-year-old car assembly factory. The original factory building was constructed in 1926, with its robust concrete frame supporting an assembly line of carriages and vehicles for several companies including Rolls Royce. In the late 1990s, the building was converted into basic apartments that did not make effective use of the generous volumes that each contained.

Our proposal was to entirely demolish the entire interior of the existing apartment to reveal the concrete shell, and then construct series of flexible living spaces including three bedrooms using a series of movable partitions supported by a lightweight steel frame. Each of the spaces open towards the main volume, so that the flexibility in partitioning also delivers shared spaces that add a feeling of generosity throughout.

The spaces can all open up to function as one large room, or as a series of private pavilions within the volume. A clear distinction is made between new and old, with the scale of the existing concrete board-formed columns and heavily textured ceiling contrasting against the refined steel detailing of new glazing and balustrades, including a glass bridge that helps retain the feeling of the living space as a single whole, without disrupting the flow of light. 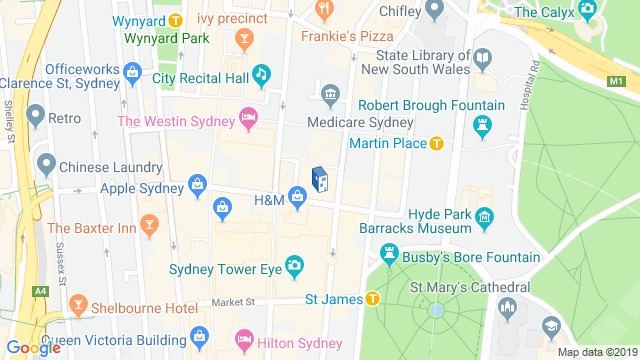 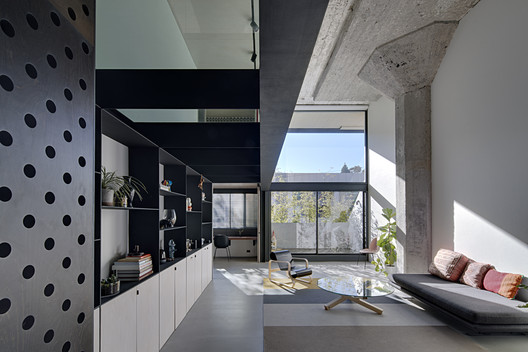