Overview
Shenyao Art Center is transformed from an old factory to an innovation art park displaying ceramic art works. In the second phase of this project, our main strategy is to renovate existing structure of the south dormitory building while adding volumes to the north. New volumes are inserted but flexibly placed inside the factory to reconfigure the internal space, satisfying the needs of programs while at the same time enriching the playfulness of the space. On the perspective of aesthetic interpretation, the series curved spaces soften the original order.

The facade is composed of brown ceramic bricks and white wall, simulating the process of unglazed fragments transforming into a piece of ceramic art work. Through curved walls to reconstruct internal spaces, architectural form with varied heights further diversify the context of surrounding urban environment.

Current Situation
Phase II site originally contained multi-floor factory buildings and was later used as employee dormitories for Phase I factories. The design concept is to inherit the original structural frame of the old industrial buildings while bringing in new functions. The old dorm is therefore transformed into a multi-functional office building in this new innovation art park created.

Design Strategy
On top of the previous concept discussed, Phase II continues with the concept of “Unglazed Fragments”; the form that was simply a textual expression in Phase I is now dissolved into the spatial transformation in Phase II to express a process from fragments to whole. Instead of brutally inserting the new volumes into the old structure, a strategic approach is applied to break up as well as to expand the space. As the program meets the space, the project is a result of scattering and reassembling.

Facade Reformation and Interior Design
The facade is directly generated from the language of the internal space. The first floor is partially lifted up to allow for the space of a porticos atrium, acting as the main entrance of the building; on the left of the atrium, the original exterior emergency exit stairs are kept but renovated with a facade composed of corrugated steel panels. The new skin renders an austere formal language, juxtaposed with the fragmental expression of the main building. At the same time, the material choice brings sufficient natural light into the space.

To reduce the sense of repression, middle floors are raised up. With the replacement of new floors on a different level from the original, beams are exposed on the facade that highlights the sculptural atmosphere resulted from the internal structure. Overall, the tension of interior planning shapes the facade.

Moreover, a protruded opening is extended from the staircase room on the second floor, which brings in more natural light and builds a visual connection to the facade. From the exterior, the curved facade of the spiral stairs continues its form into the big opening, exposing both the skin and the organ of the staircase. The interior and the exterior are thus united as a whole. The balconies of individual rooms at the back pursues the same language on façade by installing windows along the curvature, in which way the curved form of individual room plan is also revealed at the elevation.

Towards the north where the old canteen was, the form and the function remain the same with new addition on top of the structure.  The newly added volume is divided into four sets of modules that grow out of the old which represent more consistent perception. Unlike the south facade, where lie more variation when renovating the original. The new and old blend in with each other but visually contrasted in an unique way.

Furniture Design
At the main entrance, the atrium is semi-enclosed by curved metal meshes, just as flowing, translucent curtains softly shaping the main space. Ground spotlights are installed in the middle of the semi-enclosed space that further creates an artificial landscape. Two pieces of pinewood preserved by the client are made into two sets of benches with the same curvature as the architecture has, intervening in this large open atrium. Decorative lighting is also customized for the project again consistent with the curved module.

Landscape Reconfiguration
Water landscapes are designed at the foreground of the hotel to fill the grey area between the main road and the space under extended volume. Along with the water used in Phase I, the two echo with each other as the reflection expands the depth of the space.

Initially, wire mesh was applied to separated our site from surrounding storage building, while now we try to achieve a clean visual expression through the use of bamboos. A secondary service entrance is located at the back, hidden with the same strategy—trees. Fences along the water are made by trans-parent nets and T steel to create an ambiguous barrier between the building and water.

Future Prospect
As one of the closest buildings to the Beijing-Shanghai highway, the project aims to create the impression of a strong sculptural space to respond the theme “ceramic”. Designated as a future Hongqiao commercial district, the space programmed for hotel is thus transformed into office spaces tailored for the needs. 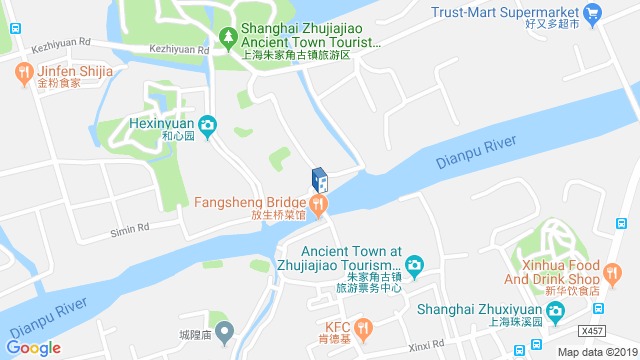 Location to be used only as a reference. It could indicate city/country but not exact address.
Share
Or
Copy
About this office
Atelier Liu Yuyang Architects
Office
••• 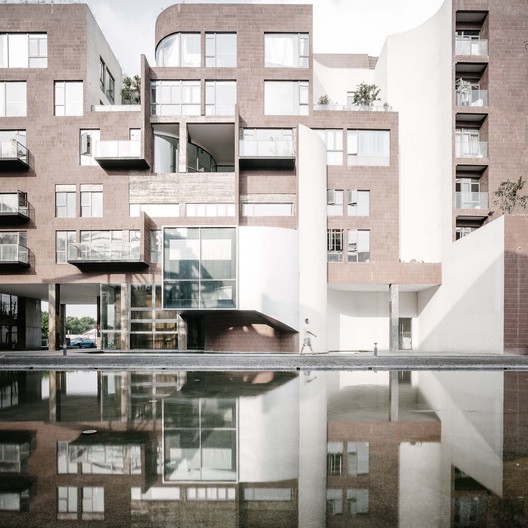