Save
The Park's House / TAO-Arquitectura 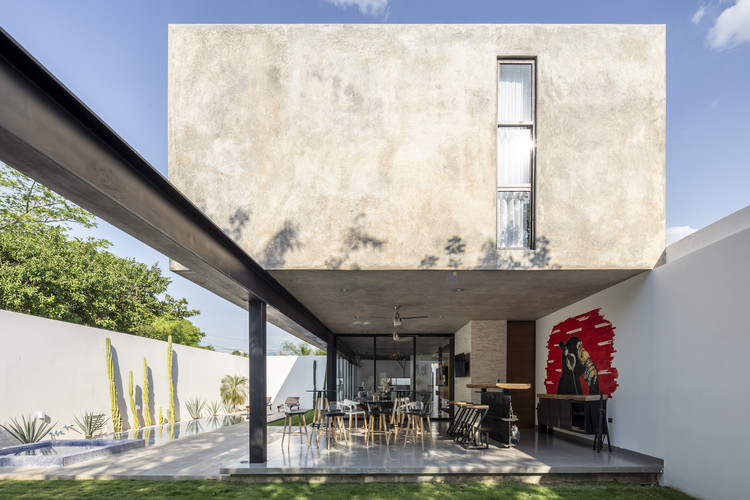 Text description provided by the architects. The project is located to the north of the city of Merida, Yucatan, in a land of 13 meters in front by 40 meters deep with an east-west orientation and with the particularity of having a fabulous contemplative park with incredible vegetation and ancient trees to the north which provides an absolute tranquility.

On the contrary to the park, the land where the project would be developed, only had a single tree at the end of the land that would help to protect ourselves in the intense afternoon sun of the west characteristic of the Yucatan climate. The project is developed linearly east-west taking half the land and leaving an interior courtyard to the north, only intervened by the very closed white volume that contains the service area of ​​the house.

The architectural program was raised by dividing the public from the private in two levels but related to a double height in which the staircase is developed and crossed by a corridor as a bridge, giving much room to the dining room and allowing to see a little it goes up there.  The public, is on the ground floor, all white, with a cheerful decoration, very open and transparent to the patio in which a pool develops as a small swimming channel surrounded by a green area and bounded by the perimeter wall. The private, a volume of polished gray concrete, dark, hard and heavy that opens completely to the park located towards the north, with subtle brackets that allow you to have visuals towards the park above the perimeter fence, which help Being in the park it is almost impossible to see what is happening inside this one.

The volume of polished concrete rests on three structural elements, the perimeter wall, the volume of services and a steel IPR beam, giving the sensation as if it had been brought to the place as a cargo container and giving it that aspect of an element heavy and introverted, as if looking for the intrigue of what happens inside him.The construction system is based on block, joist and concrete vault typical of the region and with a mixed structural system of steel PTR columns with IPR beams and columns and reinforced concrete beams. The finishes are based on rich, matching and stucco in the first level and polished concrete in the second. 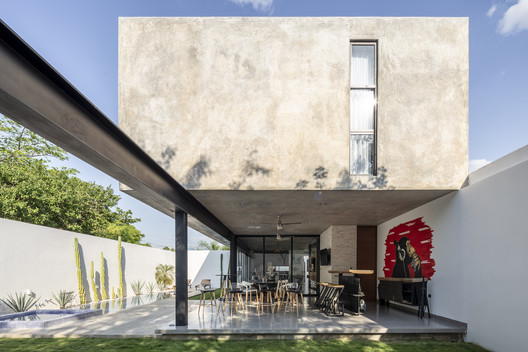