Save
Ture No8. Apartments / Vera Arkitekter 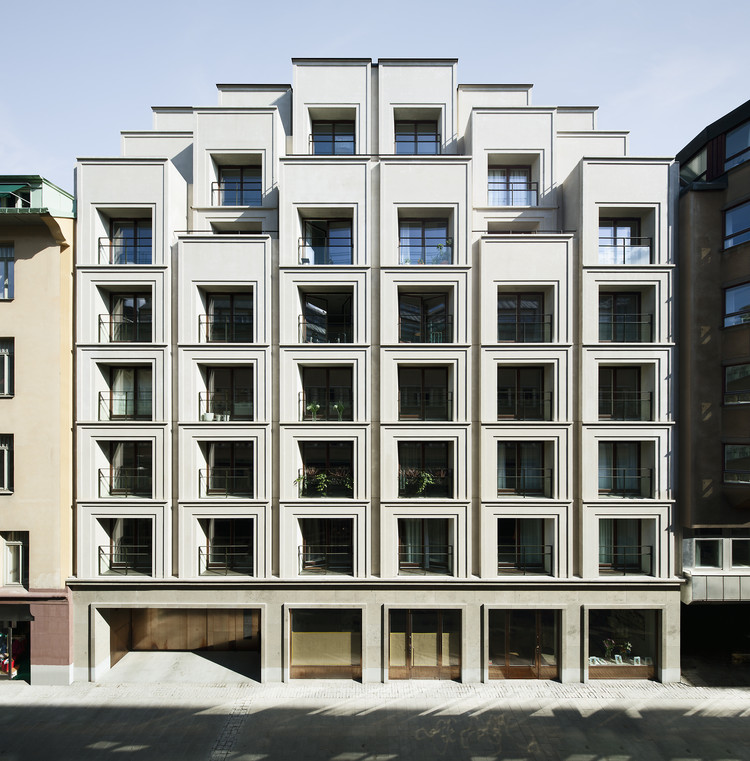 Text description provided by the architects. Ture No8 is a 9-story residential building with ground-floor commercial premises and a basement garage. Residing on Grev Turegatan 8, in Östermalm, central Stockholm, it sits between an early 20th-century building and a 1970s mixed office and housing block.

Approximately one-third of the apartments face the street to the west whilst the majority of the residential spaces are organized around two inner courtyards which open-up toward neighboring buildings to the east and south. The project consists of 61 apartments of varying size. The new construction replaces a 1930s housing block which was offset from the street by a couple of meters.

According to the development plan, which was put into effect around 1930, Grev Turegatan was intended to be expanded in order to accommodate cars. This was never realized, and yet today a majority of the 19th-century buildings remain. As part of the new construction, the street façade has been moved back to its original position, in accordance with the neighboring blocks.

The starting point for the design is the classical city block structure and its clear divide between the public street and private courtyard spaces. The building boasts two contrasting faces - one dignified and austere street-facing façade, and a second, informal and playful in appearance, facing the inner courtyard.

The intricately detailed facades rooted in the 19th century Östermalm aesthetics exude a decorative brilliance, a splendor often found lacking in the less exuberant façade expressions that followed the period. Inspired by the 19th-century stylings, present-day construction methods were considered as a means to instill the same street-presence as that of the historical, palatial residences in the area.

The initial studies piloted façade compositions of concrete window surrounds and limestone cladding. We, however, arrived at the conclusion that our ambitions were best met using pure concrete construction, and that prefabricated, story-high elements would generate the dramatic expression we sought for the street façade. Close collaboration with the concrete manufacturer was crucial in developing the unusually thick and elaborative façade elements.

Through that collaboration, as numerous samples of cement and ballast ratios, different surface treatments, 1:20 scale models were iterated, and a full-scale model of an entire façade element constructed, the final design was, at last, crystallized. In contrast to the grand appearance of the street façade, design of the private courtyard was grounded in Mediterranean expression, and by utilizing white plaster walls and continuous, organically shaped balconies a sense of intimacy was cultivated for the private quarters. Apartment interiors and indoor common spaces are of high quality and processing. 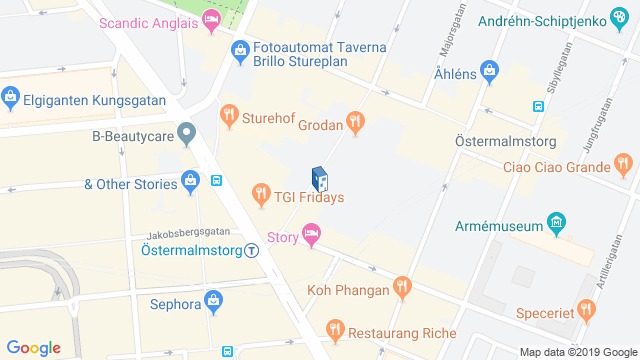