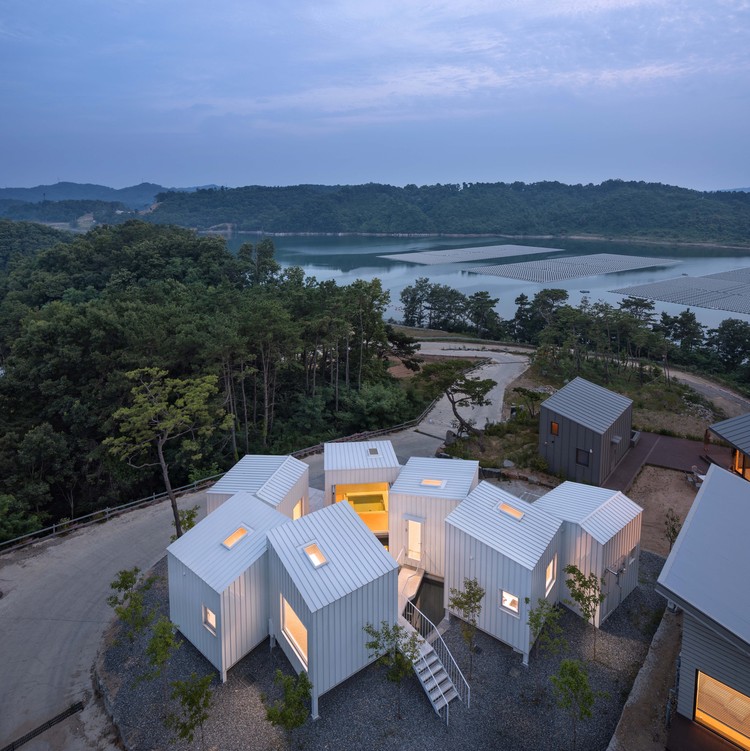 Text description provided by the architects. Facing a reservoir built to store agricultural water, the site is recovering its primitive landscape day by day and trying to resemble a natural lake. This place might have formed a natural boundary with waters along a slope. But one day, humans hands found the place, and they cut paths through it and laid out stone walls along these paths to impose a hierarchy on the land. Inevitably, however, a development rush that can be commonly found in any suburb areas came in. Such a situation requested to establish a new relationship between architecture and land as well as architecture and architecture.

The plots given to three architects share borders with each other, but their different hierarchical position is forming a clear boundary. And the topographic uniqueness of land has been disappeared long ago. Implementing an arrangement plan that makes architectures correspond with this man-made boundary is meaningless here. Therefore, a new order is established based on a completely new arrangement plan to erase the existing boundary. The scenery of the surrounding water space is coordinated to provide not only a visual experience but also a physical experience through various activities so that it can serve as a medium to embrace water. This water reflects clouds in the sky and pine trees nearby, and through an illusion of  primitiveness that the site once had in the past, it might be able to give an opportunity to experience the mythical story of Narcissus.

Spread out over the water, 7 individual sections in the form of a 3x3 cube don’t specify a fixed function. Here users can freely define the function of each section when they are occupying it for a certain period of time, and its functional sequence is different from the one of an unusual living space. Unlike repeating floor plans, sections interlocking at different heights and angles and various floor levels make you feel as if you are walking the original terrain, and while you stroll inside and outside the building, lights drape around skylights and flow in through a minimized number of openings to be diffused by the water surface, and they eventually permeate into the inside to blur the borders with both the land and water. 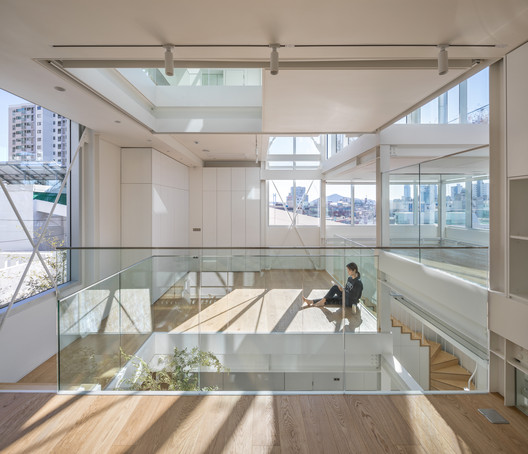 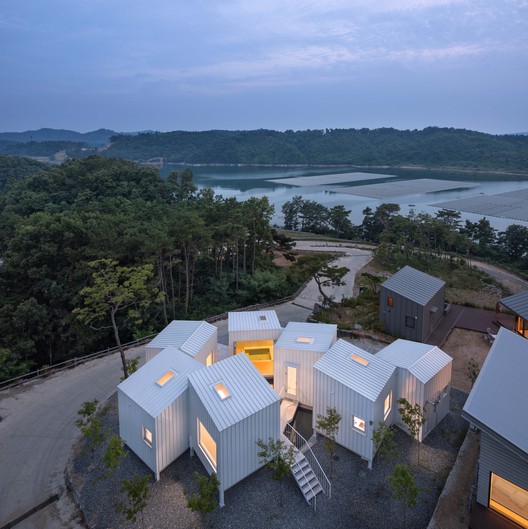