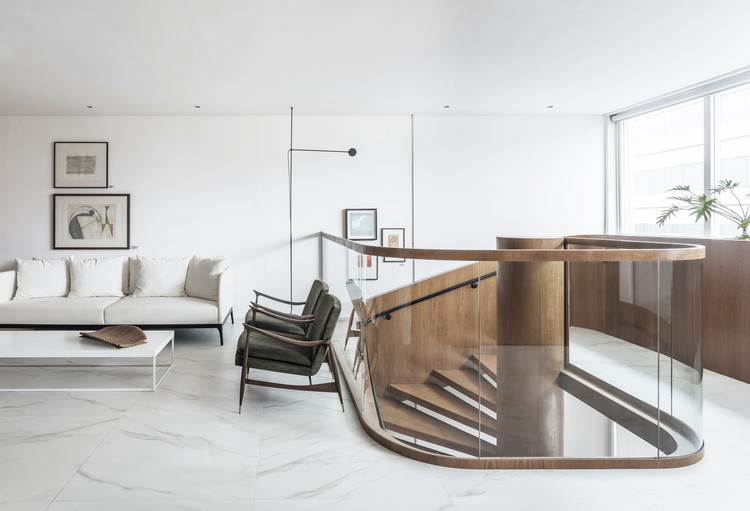 Text description provided by the architects. The concept of the project arose from the need to have a fluid space, reflecting the new working practices of contemporary life. The layout is distributed throughout the library that permeates the entire office, including corridors. Not being limited to a closed room, it suggests a greater interaction between spaces.

Inspiration in organic forms has turned the right angles into dynamic forms that have favored fluidity of movement. The stairs were designed like a sculpture and reflects a balanced tension between weight and lightness. The woodwork materializes the continuity between the elements and contrasts with the white background, highlighting it.

The panels and shelves do not touch the ceiling, which provides greater lightness to the assembly and allows lighting to spread through the spaces, including the natural light. In this way, the ceiling lining can be understood as a continuous plan, giving a feeling of greater amplitude.

Besides the woodwork, the choice of furniture of the 50s, signed by Jorge Zalszupin also represents the tradition and solidity of the law firm. Silveiro Advogados has been a partner of the Iberê Carmargo Foundation since 2003. It has acquired a selection of works by the greatest names of contemporary Latin American art that, together with the library books, complete the spaces transformed into a true gallery. 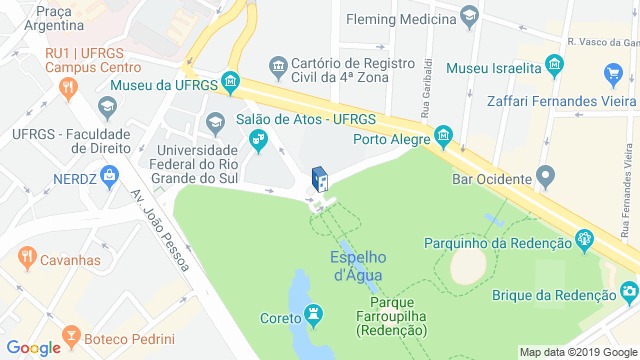 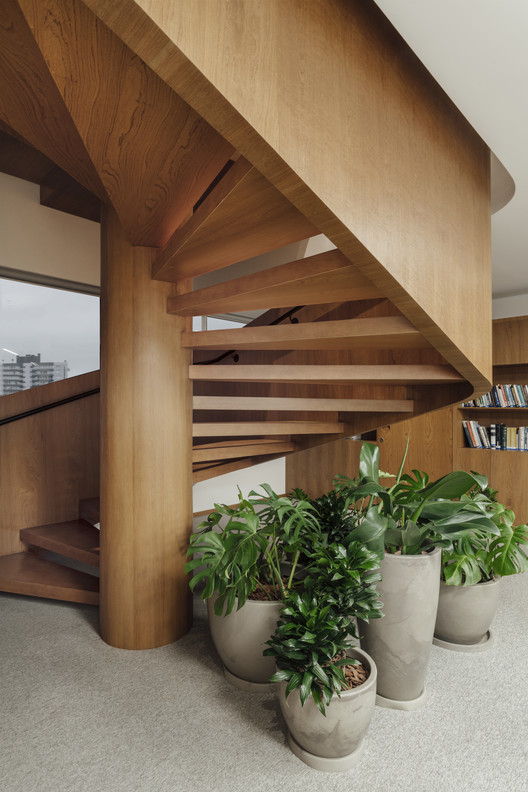 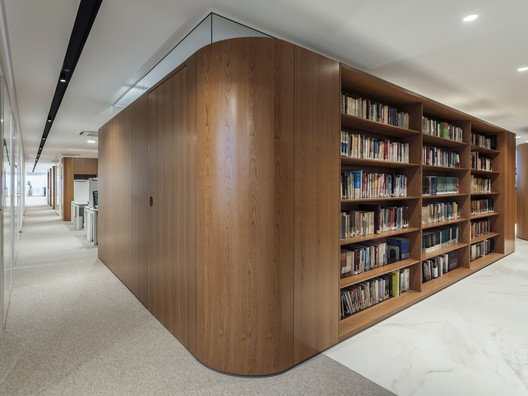