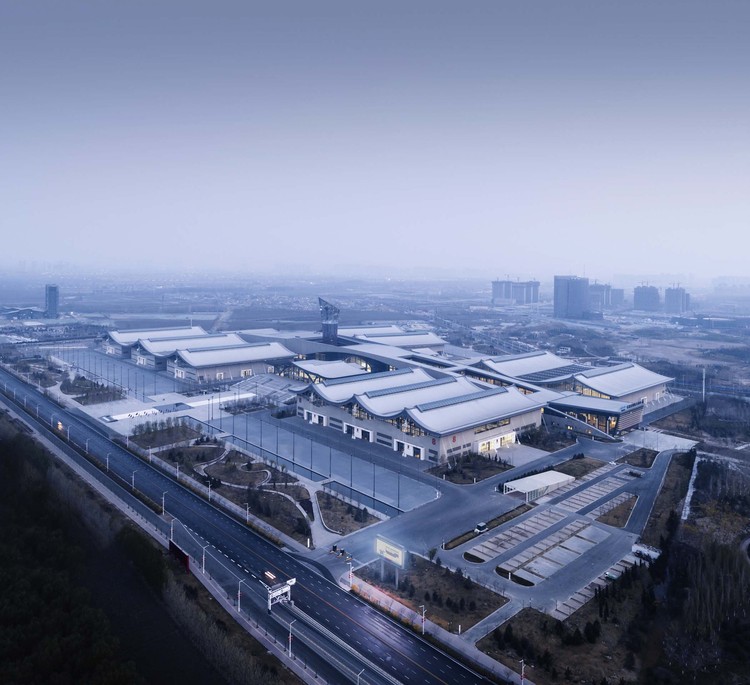 Text description provided by the architects. Shijiazhuang International Convention & Exhibition Center in Zhengding New District of Shijiazhuang city covers an area of 64.4 hectares and a floor space of 359,000 m2, including 229,000 m2 above ground. All areas for conventions and exhibitions extend along the hub in the shape of the fishbone. The multi-elevation pedestrian system facilitates the diversion of people, vehicles and goods. The exhibition area incorporates seven standard exhibition halls covering an area of 11,000 m2 each and one large multi-purpose exhibition hall of 26,000 m2. Boasting a floor space of 110,000 m2, the exhibition area has been the world’s largest exhibition hall featuring the cable-suspended structure.

Our survey report on the use of various exhibition buildings in China highlighted the following problems in construction and operation. First, the large building cut the urban space apart. Second, some venues don’t have enough entrance lobbies and multi-purpose exhibition halls to meet the market demand. Some exhibition halls feature a single function and insufficient business value. Some others lack a relatively large multi-purpose exhibition hall covering an area of 20,000 to 30,000 m2 to host commercial performances, fan club, corporate annual meetings, among others. Third, in some venues, the building structure doesn’t fit well into the architectural image, giving rising to structural waste for the sake of image. Fourth, some venues lack cultural connotations in details, without prominent geological features. Firth, the buildings are energy-consuming. Glass curtain wall has been mostly used in the enclosure structures of buildings. Some central halls are too large and too high, with staggering energy consumption. During the transition season, the exhibition halls are poor in cross-ventilation, without intelligent power management system.

In response to the above five problems based on post-assessment, we’d like to propose the following design strategies:
1. Design an open urban space around the exhibition building. It’s surrounded by no walls, for the free access of the citizens. In the area near the urban boulevard, there are approachable landscape accessories to encourage interactions between the people and the nature. The design changes the ground lane that runs through the green space in the east to an underground driveway, and the design also connects the garden in the north with the public green space along the Hutuo River in the south to create a continuous and pleasant public space for entertainment and leisure of the citizens.

2. Combine functions in a flexible and efficient manner. A multi-elevation system is built so that the paths for the freight and the people won’t cross. The exhibition hall extends along the hub in the shape of the fishbone, with two or three exhibition halls in a group. In this way, it can serve coherently as a whole or operate independently in groups. A relatively isolated multi-purpose exhibition hall is set up, covering an area of 26,000 m2, to serve the purposes for exhibitions, conferences, artistic performances, and competitions. The large performance hall is fitted with no fixed seating, with a few movable seats in the rear. If necessary, the performance hall can be divided into two to four small ones and the grand banquet hall of about 3,000 m2 can be divided into three parts for independent operation.

4.The large roof naturally formed by the cable-suspended structure magnificently mirrors Chinese traditional architectures. The detailed design of the gable wall of the exhibition hall draws from the architectural design of Mani Hall of Longxing Temple in Zhengding Country. By means of new materials and latest technologies, it integrates the beauty in geometrical mechanics and architectural aesthetics, while winning the visitors’ acclaim in its localization.

5. With a view to the green and sustainable building, the requirements for the Green Building Label have been applied to the planning, design and start-up phases for the combination of design strategies from the perspective of the building’s life cycle.

Resting on the pillars of “pre-programming and post-occupancy evaluation”, the project of Shijiazhuang International Convention & Exhibition Center is based on the study into the rational planning of spatial layout, adopts ingenious and cable-suspended structure to significantly reduce the steel consumption, explores the distinctive geological features of Zhengding County to put into abstract expression, and directs design with forward-looking green targets. 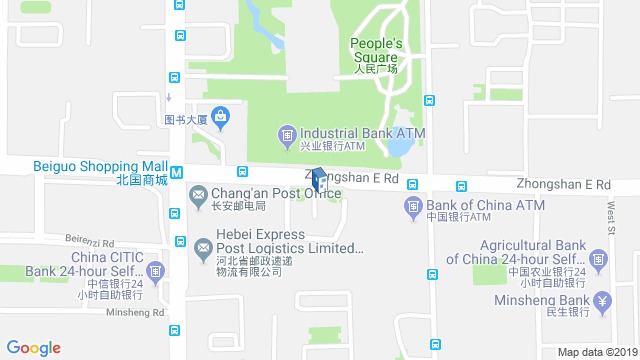 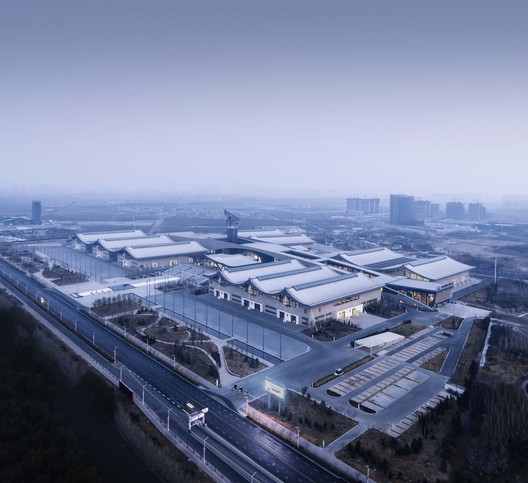