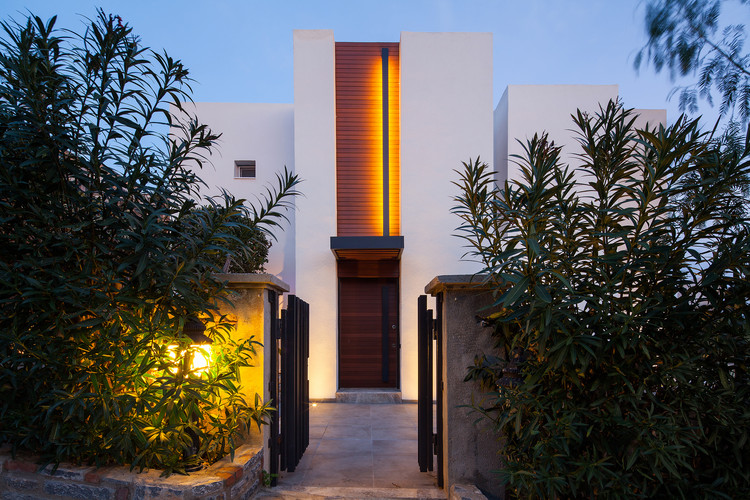 Text description provided by the architects. Unique climate of Bodrum with a summer breeze... Blissful and cheeriness atmosphere accompanied by splendid bay panaroma.

The main structure of the building which has a wonderful scenery of Bodrum Turkbuku Bay and reflects the classic Bodrum architecture, has been preserved and its facade has been revised. There are 8 rooms and 8 bathrooms in the house having 350sqm on the other hand it is used for a guesthouse. The front facade of the house is clad with Technowood which is suitable for all climatic conditions to contrast with its white facade.

In the entrance of the building, the material being used the entrance door is continued through the facade to give the vertical effect. According to the customer’s needs, the barbeque area is designed with the industrial chimney in the terrace. The pool in the garden is renovated according to original one and the garden arranging is designed again.

On the other hand, it has been aimed to create a calm atmosphere with using minimalistic and functional furnitures for the interior spaces. All guest rooms are having their own bathrooms and minibars, which are designed with the same comfort level of hotel rooms. Floor tiles are prefered wider for interior of the house. KSR House offers utmost delighted, enjoyful and cheerful environment to its owners with highly modern lines. 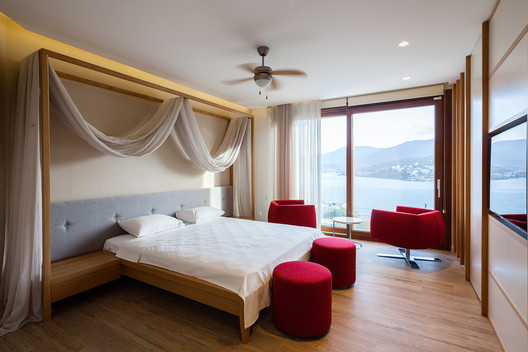