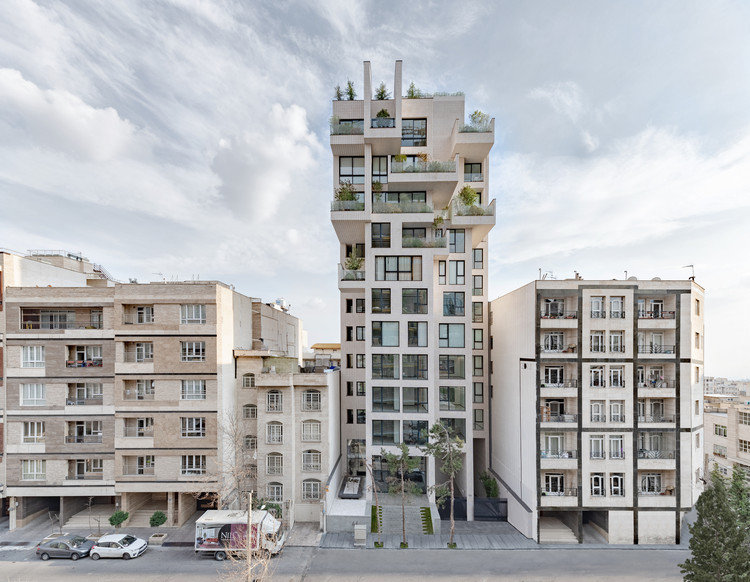 Text description provided by the architects. Density and its distribution in Tehran is the root cause of many issues related to building and structures in this city and has arised a spectrum of problems in infrastructures as well as urban design. The continuous modification in the regulations of buildings’ occupancy areas has led to a noticeable difference in height of buildings in various districts in Tehran. Buildings which are closely attached to each other, will bring about a joint called third facades.

On the other hand, in the current social/political atmosphere of a city like Tehran, the contrast and even conflicts between people’s private and public lifestyles lead to unresolvable challenging issues.

What is happening inside the buildings is in sharp contrast with public life. People’s freedom in gatherings, parties and also in their private and semi-private places isn’t comparable with public life which is far more limited and even forbidden in some aspects.

Balconies as buffer zone, lies between the weakened public rules and the private freedom, creating a confusing scene of distinction. This project tries to look at balconies as a tensioned blending border between these two worlds in a new way to tackle the third façade problems and improve the urban look.

The building follows the typology up to the height of the adjacent one and above that, by changing the plan, tensions and contrasts start from the windows’ shapes and profiles and goes till ultimately flourishes in terraces and consoles. The type of building architecture tries to resolve the third facade concern by a multi-layer design of volume, striped facade and also by the location of the terraces and the material used in the building. In façade, brick was used as the principal medium of construction, tectonic intent and aesthetic expression. Bricks create different patterns sitting on each volume facade stripes and through some lines, they make various intervals and textures which are easily distinguishable. 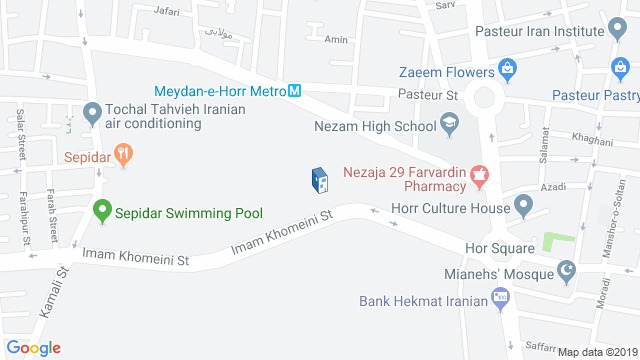