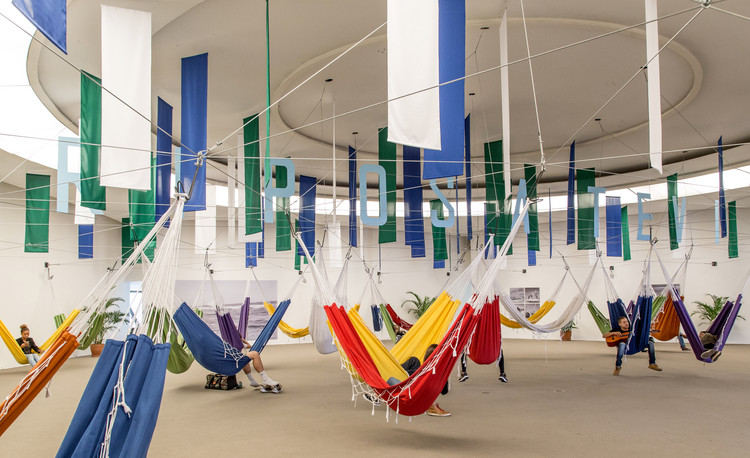 Text description provided by the architects. RIPOSATEVI (take a rest) is an installation designed by the architect Lúcio Costa for Milan's Triennial of Architecture, held in the fateful year of 1964. In 2018, the work is presented for the first time in Rio de Janeiro and inside a museum of visual arts - the MAC of Niterói, designed by Oscar Niemeyer.

After an invitation of the curatorship of the MAC, gru.a’s team worked on the adaptation of the system created by Lucio Costa to the singular geometry of the hall designed by Niemeyer, with the challenge of mediating a posthumous meeting between two of the greatest characters of Brazilian architecture.

The installation occupies the 400m2 of the main hall of the museum. A horizontal wire rope formed by equilateral triangles was fixed 2.5 m from the floor. From it 13 vertical risers are fixed to the bases of the beams of the building, connecting the system of cables of steel to the structure in reinforced concrete of the MAC.

For each cabled point hooks were installed where the 30 networks that occupy the space are hung. The photos of Marcel Gautherot (Ceará and Brasilia), flags, guitars and vegetal species were presented as such in the original project. 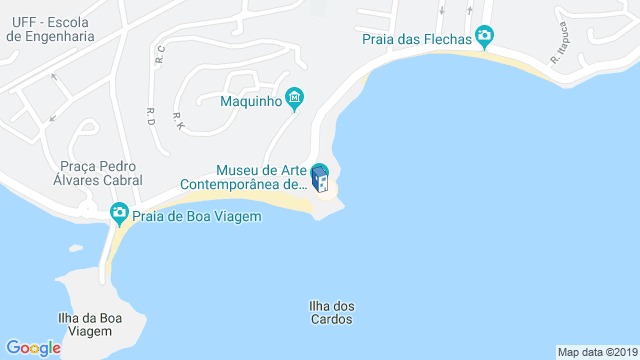 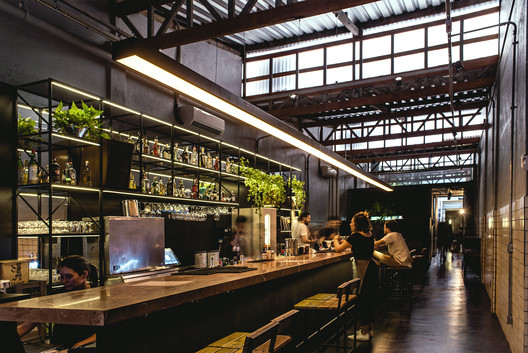