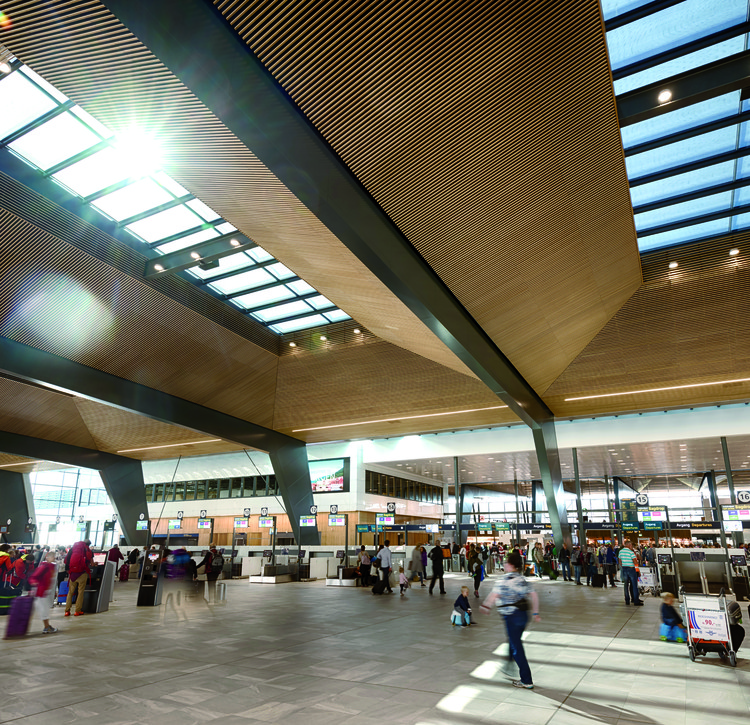 Text description provided by the architects. Bergen Airport is the second busiest airport in Norway, located 19 km south of Bergen city centre. In 2017, the airport was upgraded with a new passenger terminal building and an improved taxiway system. The airport now has the capacity to serve 7.5 million passengers per year. In addition to the new terminal, Nordic was responsible for the masterplan on airside and landside, as well as auxiliary buildings.

A SENSE OF PLACE Western Norway is defined by its unique landscape; with deep fjords, high mountains, and rapidly changing weather. To become the Gateway to the Fjords, Bergen Airport had to adopt the feel of the region’s landscape and in itself become an interesting part of the journey. The idea of flight meeting the shape of the local landscape resulted in the concept called Wingspan. Seen from the side, the building takes the form of a pair of wings spread wide. These wings define the two main spaces in the terminal: the check-in and arrival halls, and the pier.

ARRIVALS AND DEPARTURES. A bright, harmonious and almost cathedral-like double height space connects the arrival- and departure halls. The arrival hall is characterised by four dominant design elements: the hanging veil of the structural glass facade, the grand steel trusses of the support structure, the delicate timber ceiling and the dramatic entrance bridges spanning over the space. The departure hall is the architectural centrepiece of the terminal. The identity of the room is defined by the expansive tiled floor and the folded timber-clad ceiling connecting the central building and the pier. Welcoming arriving passengers, this canopy of delicate timber slats starts outside the building and passes through the minimalistic glass facade, giving the interior of the terminal a warm glow. The direction of the building’s main structure, emphasised by majestic skylights, lead travellers towards the entrance to security control. The entire depth of the terminal is visible to the traveller upon entering the building, and remains visible throughout the passenger journey. This transparency, supplemented with welldesigned and legible signage, makes for a pleasant way-finding experience.

THE PIER The pier opens up towards the fjord and the sky - facing the journey ahead. Eluding a more intimate atmosphere, the pier mirrors the design of the departure hall continuing the timber ceiling and tiled floor. Freestanding pavilions for food, beverage and retail services are available to passengers here. The two central pavilions, donned in pale timber cladding, are curved in form, with auxiliary pavilions dressed in crisp glass panels. The double glass facade facing west opens up to the apron and awaiting aircrafts.

PLANNING AHEAD Originally built for 2.8 million passengers per year, the new terminal at Bergen Airport increases the capacity to 7.5 million. Cleverly constructed in modules, the building is already prepared for future expansions without sacrificing the concept. Each part of the building can be expanded as required. Need a bit more pier? Just add a 9-meter long pier module or two. Need more space in the security area? No problem, it can easily be expanded even though it is in the centre of the building mass. Need more baggage carousels? The drawings are ready. And best of all — much of the groundwork is already done. BAGGAGE HALL The baggage hall is located on the ground floor, with materials chosen to address the limited daylight. The bright perforated aluminium ceiling panelsprovide visual depth while cleverly solving acoustic requirements. A dramatic lighting feature, designed as a floating luminous band, highlights the baggage carousels.

THE MATERIALS BRING IT ALL TOGETHER A strict material palette carefully considered in regards to origin, lifecycle, maintenance, degradability and recyclability, emphasises the building’s sense of place: Steel defines the shape of the spaces. Glass creates transparency in the facades and lets in plenty of daylight. Timber provides warmth and character. INTEGRATED METRO Fully integrated in the terminal design is a metro station taking passengers to and from Bergen. Escalators lead passengers straight from 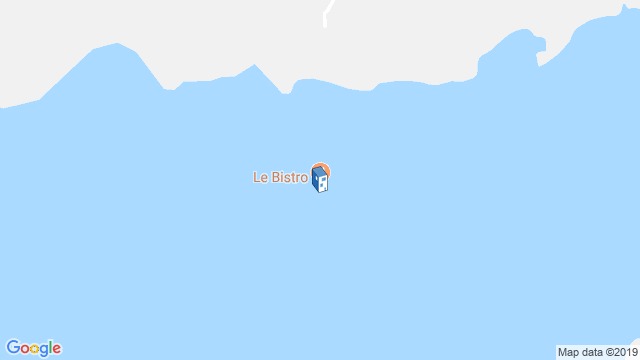