General Design Co’s house in Kamitomii, Kurashiki, Japan has been announced as the winner of the AR House awards 2019, joining two Highly Commended and three Commended house projects. Now in its tenth year, the awards are diverse and wide-ranging, often branching beyond the traditional remit of the dwelling to recognize originality and excellence in design of dwellings of all types.

Over 200 entries were received from around the world to be considered by a judging panel of London-based Japanese architect Takeshi Hayatsu, co-founder of Norwegian practice Manthey Kula, Beate Hølmebakk, and British architect Stephen Taylor.

General Design Co transformed the old house in Kamitomii, paring back an assemblage of additions built over generations to restore it to its original dimensions. The result was the creation of a space defined by openness and simplicity. In contrast to the general trend in Japan to demolish old houses and build afresh, the original roof was carefully preserved, with a new structure of slender timber columns constructed beneath.

The winning and commended projects, available below, are all published in full in the AR’s July/August 2019 issue, which can be ordered on the official website here. 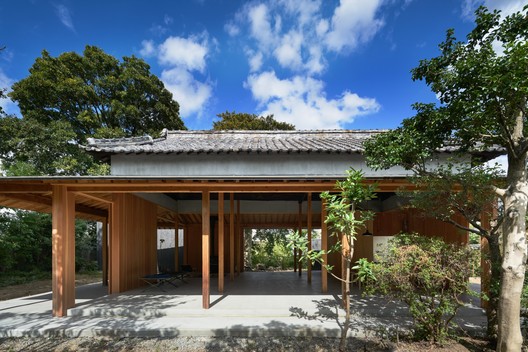