Fischer used data from MapBox and Twitter to create the maps. The red dots indicate photographs taken by tourists, while the blue dots show images taken by local residents. The data were compiled between 2010 and 2013 and may be somewhat outdated, however, the main tourist attractions in large cities change very little from year to year, so it can be said that the maps reflect fairly accurately the activities of locals and tourists.

Check out some of the maps produced by Fischer below and access the full gallery here. 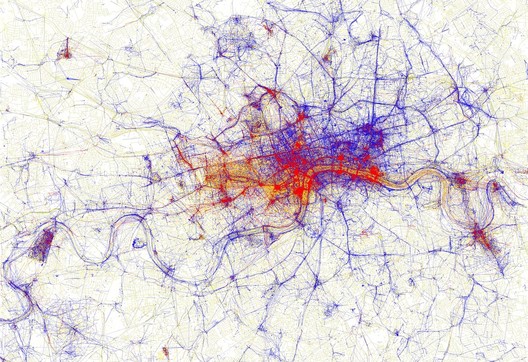