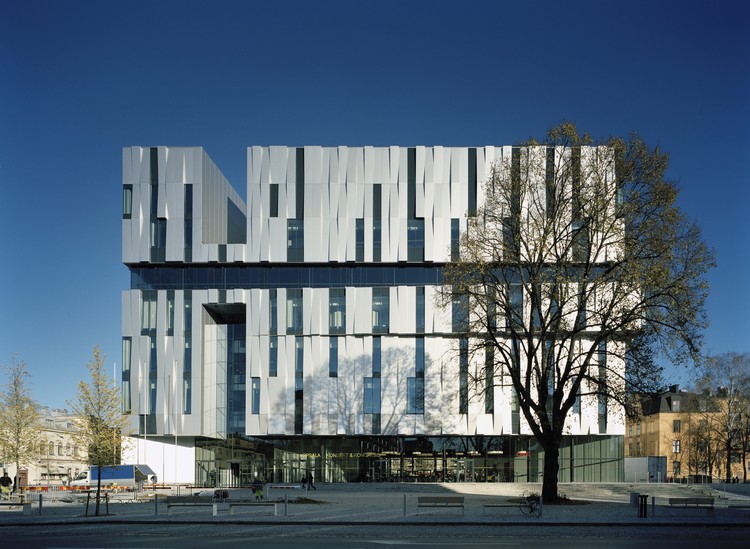 Text description provided by the architects. Uppsala Concert and Congress Hall unite the historic city center with the new city district of Vaksala. Standing out as a distinctive split crystal, the building draws in the city and invites everyone inside.

Since its opening in 2007, Uppsala Concert & Congress Hall has become a significant landmark for the city, inviting everyone inside for new cultural experiences and bringing together old and new Uppsala.

The spectacular long escalators in the foyer are an interpretation of the red carpet, carrying visitors up through the building to the various halls and to the magnificent view of the city’s characteristic skyline.

Situated on the 6th floor, the main concert hall was developed in close collaboration between architects, engineers, and acoustic consultants. The result is an unconventional concert hall with unique acoustics. 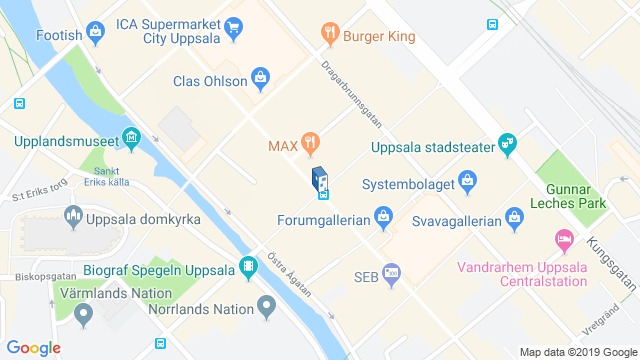