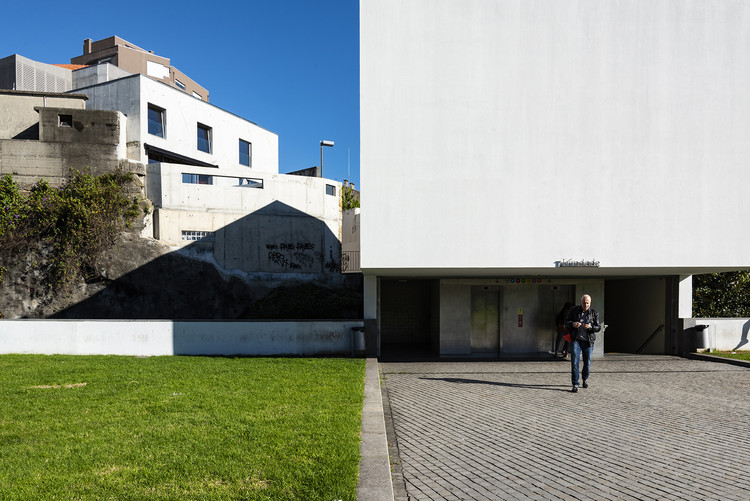 Text description provided by the architects. The Alferes Malheiro Street starts at Largo Tito Fontes, showing us the central city, step by step, almost in a quiet hypnotizing thriller. The south point draws a skyline with the Trindade's Tower over it, seeing as if the center of the city lays itself under the tower, forgetting about all the architectural and urban transformations that the city has suffered, where co-exists ruptures and interpretations of the traditional architecture. Architecturally, with the rehabilitation of the facade and the new proposal of volume, it contributes to the consolidation of the character of the street, increasing value on what concerns the height of the buildings on the street and the dominant alignment.

The biggest change is the adding of more floors (The North building has four floors and the South building has three floors), redrawing the east facade, faced by the street and increasing the height of the volume, in order to reach the same as the aside building. In relation to programmatic parameters, it was solicited the maintenance of the residential character, now as a multi-dwelling unit, reorganizing the space and dividing it in a number of fractions that allows a shape and volume harmony. It resulted in nine flats shared between two buildings - North and South. It was also added, the renew of the covering materials and the update of the infrastructure, with ecological and environmental efficiency concern.

The studied draw for the ventilated facades comes from the inspiration of old hydraulic mosaics, offering a strong personality for the whole, and defining, without ruptures, the new and the rehabilitation. It results in a repetition of a panel composed by perforated phenolic material creating shadows, offering an aesthetic of the details. The second building brings a smaller visual impact, not only by its volume but also for its construction system, the fair-faced concrete, allowing a good connection with the existing walls made of granite.

The green area was increased, keeping the existent yards at the south of the northern building and creating external spaces, such as balconies and terraces. In terms of interior, the intention was cheerful enlightened spaces, living the individuality and details of each flat. The initial idea to reinforce the fair-faced concrete appeared to be the ideal transposition between the outside and inside, achieving a spotlight in all surfaces of the public access and the ceilings. At the stair´s volume, the concrete makes a contrast with the green doors and the signposting that identify the flats, humanizing the path, integrating it with the city, linking it to the habitation.

The interiors were decorated with simplicity, without being naïfs and pretending that, furthermore than building a home, they will have original pieces of furniture along with some vintage touches. Highlighting the positive achievements reached by the efficient energy solution adopted: At the north building, the double insulation at the external walls and the interior, achieved thermal inertia and an acoustic barrier of excellent quality. The south building didn’t allow to make the insulation by its exterior, so to solve this, it was purposed the inner barrier made of cork. 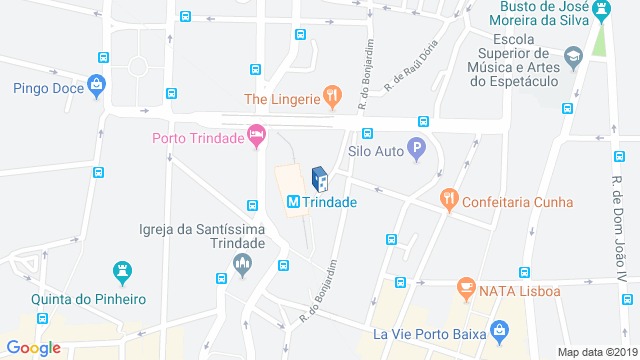 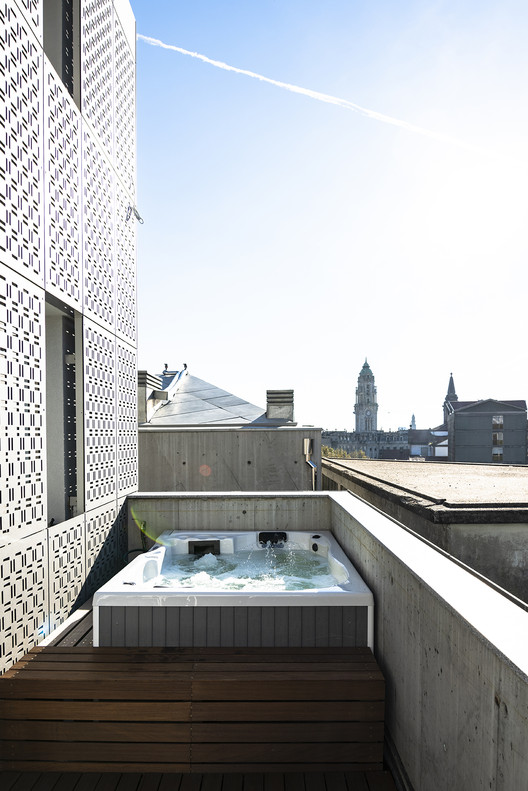