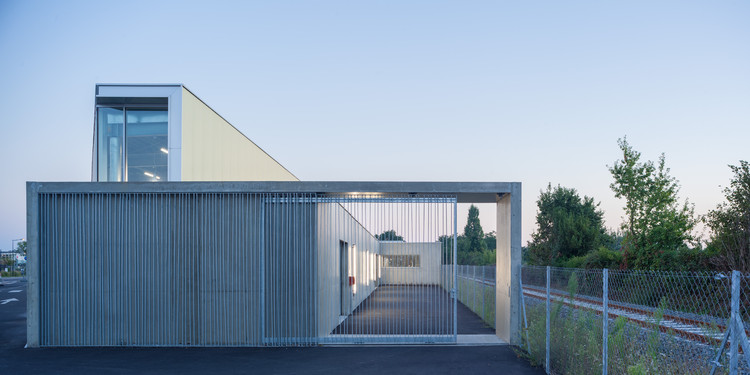 Magasin et atelier - Cycles Prineau
The Cycle store occupies a strategic position between the city center and the peripheral infrastructures. The store’s implementation unveils the site’s "genius loci" and its kinetic flows. Along the railway a low, long and massive volume is located, echoing locomotives.

This volume contains the workshops that enhance the horizontal effect of the scenery in the background. Next to the workshops, a levitated volume with a precious roof of high tiling bends to replicate the neighboring road. This is the store which is designed as the main elevation.

In this project, a constructive intelligence technique is sought to combine aesthetics and economy of the project. A module of 1m20 is used in the conception of the plans and the elevations. The Volume is crafted in a way to meet the location’s urban interstices.

The project refuses ornamentation in favor of intrinsic qualities of materials and proportions. This is a material project: The only color is the gold colored siding symbol of cycling and trade since 1959. With its volumetric orientation and changing facades over time, this project proposes to articulate the city and its periphery. 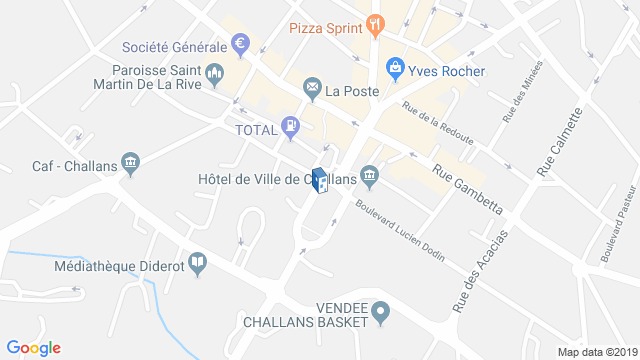